The patient was exposed while traveling and has not had direct contact with other Summit County residents, SCPH said in a media release. The individual will continue to isolate out-of-state.

Because the person is a Summit County resident, their infection is reported in their county of residence, but health officials believe the risk to other people in Summit County is low, according to the health department.

"To our knowledge, they have had no contact here," said Summit County Health Commissioner Donna Skoda. "The reason that we get it as a case is that the person has an address that lists Summit County, Ohio, and that brings it back to us to count as a case."

Skoda warned that while residents should not be overly worried about monkeypox, they should still be aware.

"You need to be vigilant and careful and make sure that we don't see this spread further," she said.

Monkeypox, a viral infection normally found in Africa, has been spreading across the globe. On August 4, the Biden administration declared monkeypox a public health emergency. As of Wednesday, there have been 10,392 cases nationally, including 75 in Ohio, according to figures from the Centers for Disease Control and Prevention (CDC).

Monkeypox vaccines have begun to arrive in the state, although none have yet arrived in Summit County, Skoda said. Public health officials there are working to order the vaccine, she said.

Cuyahoga County health officials said that they have received 1,200 doses of vaccine and distributed them to the Cleveland Clinic, MetroHealth, University Hospitals and the Central Outreach Wellness Center, a healthcare facility that specializes in the LGBTQ communities, according to Kevin Brennan, a spokesperson for the county board of health.

The CDC has issued guidelines for vaccine eligibility. Specifics on how local hospitals plan to distribute the vaccines are expected later this week, said Brennan.

At this point, vaccines are not recommended for the general public, the SCPH media release said. They are targeted towards those who have been exposed to monkeypox or are at high risk for exposure.

Monkeypox spreads through close, personal contact and symptoms typically last between two weeks and a month, according to SCPH.

Symptoms include fever, chills, body aches and a rash, SCPH said in a media release. Some people will develop a rash first, while others may only experience a rash. 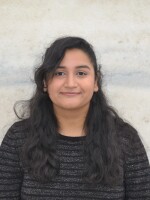 Amanda Martinez Moreno
Amanda is working with the Ideastream health team this summer. She is a rising senior at Case Western Reserve University majoring in English and Biology and minoring in Social Justice. She is the 2022 Baker-Nord Summer Ethics Fellow with the Inamori International Center for Ethics and Excellence. Amanda is also a founding member of the Sigma Lambda Gamma associate chapter at CWRU, the first national multicultural sorority at the university.
See stories by Amanda Martinez Moreno
More by this reporter