The proposed wind turbine farm in Lake Erie known as the Icebreaker project has been a hot button issue since the idea was birthed over a decade ago.

As a quick refresher on this complex story, Icebreaker would be the first freshwater wind farm in North America. It is a pilot project made up of 6 turbines about 10 miles off the shore in Lake Erie.

The project recently cleared a major hurdle after a 6-1 decision from the state Supreme Court ruled that the project could move forward after.

It was hung up in a protracted legal battle since 2021. There are plenty of mixed feelings about the development of wind power in the Great Lakes, with concerns remaining about the impact on wildlife, as well as the effects on tourism in shoreline communities.

Those feelings are not relegated to here in Northeast Ohio, where Icebreaker is being planned, but instead - stretching across the Great Lakes region.

Citizens everywhere from Buffalo, to Chicago, to Traverse City and Green Bay have been paying attention to the development of wind power in the lakes.

On Monday’s program, we'll discuss the issue with an environmental reporter from Interlochen Public Radio - which serves Northern Michigan.

To end the show, a conversation with Baiju Shah from the Greater Cleveland Partnership about a summit happening tomorrow helping companies with their sustainability goals. 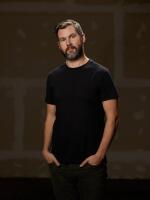