The Sound of Applause

Dee Perry welcomes Canadian Music Hall of Famer - Bruce Cockburn - for an in-studio performance as he gets ready for his gig tonight at The Music Box Supper Club. Plus we share the story behind Cleveland's Way Out Records following the recent re-release of their archives by The Numero Group. Also ideastream's Tony Ganzer reports on the recent rise in orchids blooming in Oberlin.Bruce Cockburn, musician

The Sound of Applause 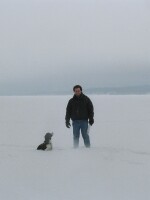