Cleveland-area artists plan to rally on the steps of City Hall Monday. This group of painters, photographers and others are using their skills to convince officials to allocate federal pandemic relief funds to support the arts.

The advocacy organization Assembly for the Arts tapped the talents of local artists to produce a series of postcards, each bearing an illustration and making the case for a $10 million share of the city’s $511 million allotment of funds from the American Rescue Plan Act (ARPA). The group claims to have over 500 postcards signed by area residents that will be delivered to council members after a rally on the city hall steps. A specially-designed postcard was created for each of the city’s 17 wards. 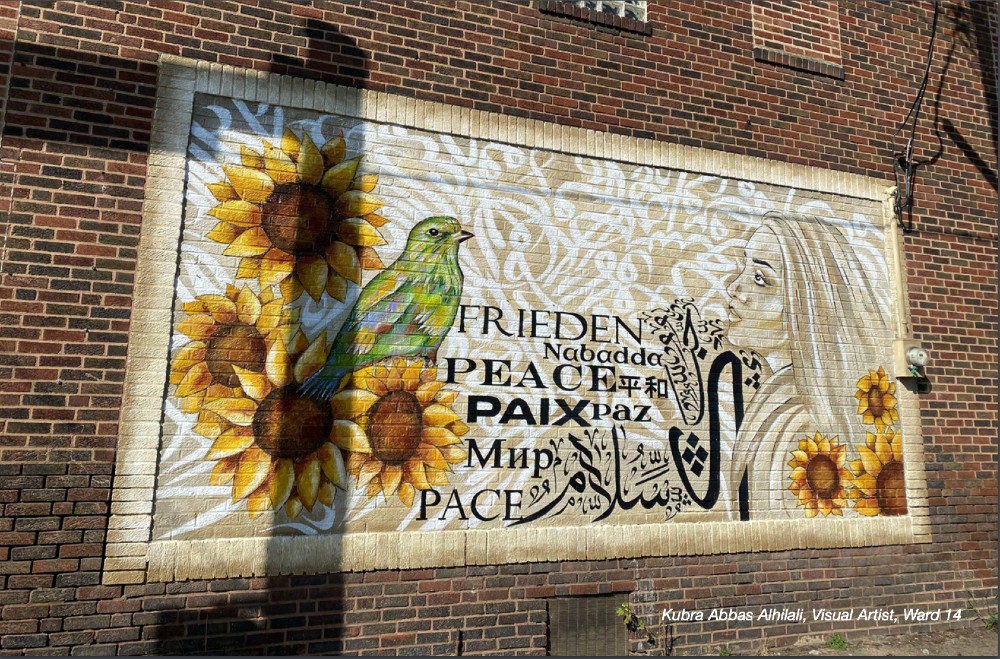 Each one was designed by an artist in that ward and is addressed to the associated council member. Assembly for the Arts states in a news release that the $10 million figure is in line with the amount that mayor Justin Bibb has recommended to support arts and culture in Cleveland.

Meanwhile, Cuyahoga County is set to designate $3.3 million of its ARPA funds to support the local arts economy. The funding proposal is on the docket for a county council vote next month. If approved, the money will be divided evenly between Assembly for the Arts and Cuyahoga Arts and Culture (CAC). A news release states that each will develop guidelines for the distribution of funds. Assembly will focus on support for arts-related small businesses and creative workers, while CAC will handle funding for non-profit arts and cultural organizations.