An upcoming documentary will focus on men and women who worked in the once-booming steel industries in Stark County — and filmmakers are looking for past and present steelworkers to share their experiences.

The film, "Stark Men of Steel," highlights the numerous ups and downs of the steel industry in Northeast Ohio, said Janis Salas, writer and producer of the film.

“The reason for Stark County being the focus is that it’s just the right size: not too big and not too small, and it has many, many historical reasons for having steel start here,” Salas said.

The film will examine history spanning from the 1800’s, when workers came to the Stark County area following the Civil War to start new businesses as part of the Industrial Revolution, to the building of the middle class. It finishes with the fall of the steel industry, Salas said.

“Unfortunately, it finishes with the downturn and the closing of a lot of the steel mills and the loss of jobs,” said Salas. “There was really little attention given to those people who had lost their pensions, lost jobs, and I thought this is something that really needs to be highlighted."

In addition to interviewing people who want to share their stories about working in Stark County steel mills, the filmmakers are looking for donations of still photographs and videos from steelworkers or their families.

“When you hear the interviews of people who worked there, whose families worked there, some of the stories are quite jaw dropping,” Salas said.

Salas said many people working in the mills gave up time with their families, served in the military and then later returned to the mills because it had become a community for them.

“There’s a lot to be said for letting people know that we understand how hard it was and we understand you worked through an industry where you had to give up lots and lots,” Salas said.

The film has been in the works since 2014 and is set to preview in September at a local event. They plan to send the film to international film festivals following the preview, Salas said.

Salas wants to show the workers and the general public that the work done in the mills has not gone unnoticed.

Editor's note: A previous version of this story misspelled Janis Salas' name and misstated how Salas got the idea for the film.
Tags
Community CantonSteelsteel jobsStark County 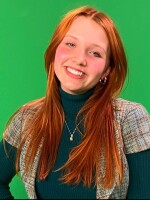 Kennedy Gotham
Kennedy Gotham is a junior journalism major with a minor in media advocacy at Kent State University. She plans to graduate in May 2024.
See stories by Kennedy Gotham