Northeast Ohio college students rallied against Ohio House Bill 327 Wednesday. The bill would ban the teaching of “divisive concepts” in the classroom such as race and sex.

The bill, she said, is an attempt to ignore her experience and those of her ancestors. 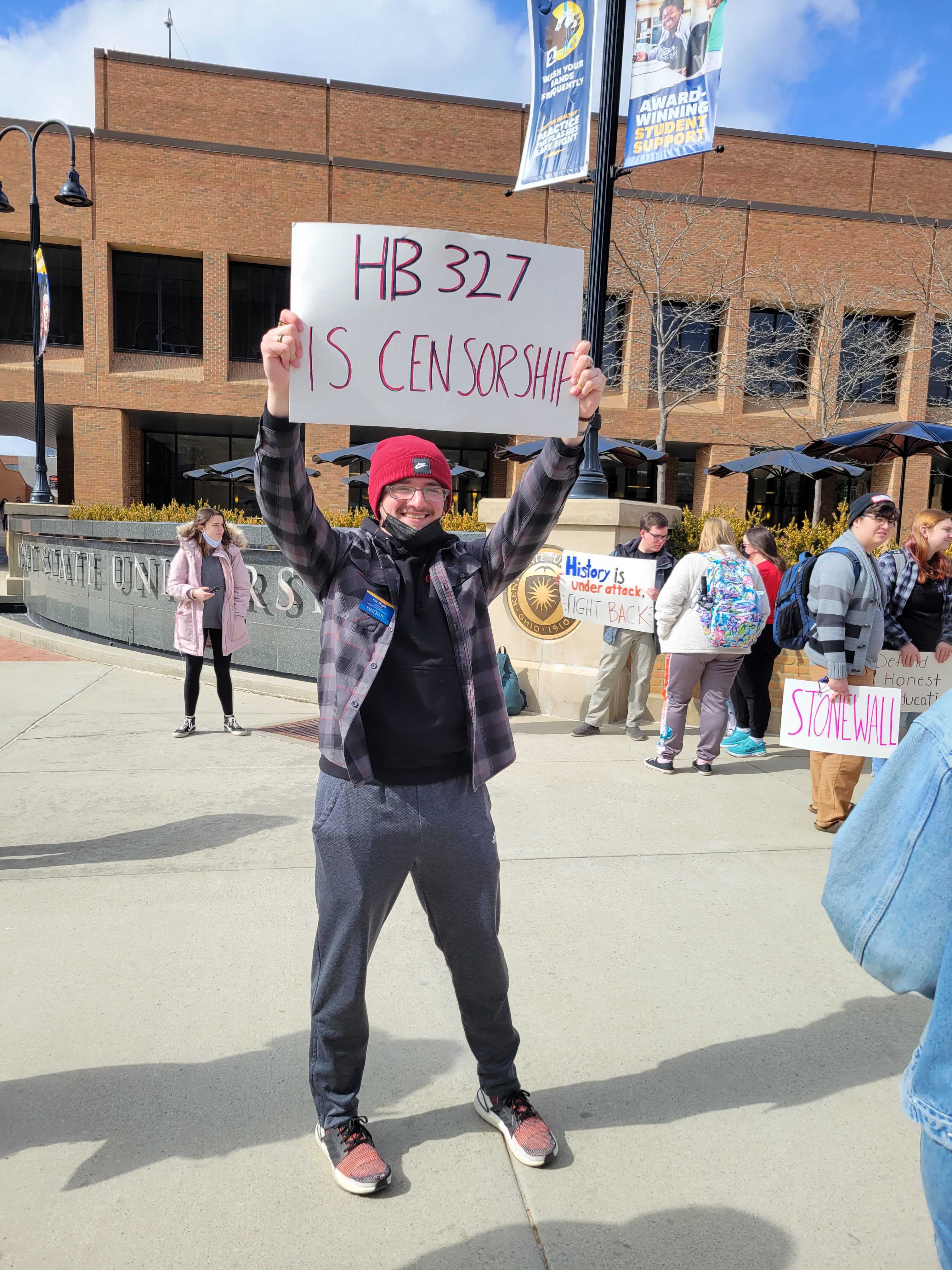 At the University of Akron, several dozen students gathered at Buchtel Common for a midday rally, holding signs that read "HB 327 is censorship" and "Defend honest education" and chanting, “O-H-I-O censorship has got to go.”

Emily Hill, a member of the University of Akron chapter of the Ohio Student Association which organized the event, said she didn’t want her education limited because of decisions made for political reasons.

“We want, you know, United States history to be taught because it is uncomfortable. And as a white person, if I'm uncomfortable in a history class, it's because I'm learning something, something important at that too,” Hill, a history major, said.

Prof. Robert Peralta, the lone educator to join the student-led demonstration, said his primary concern is how this ban on teaching would impact students’ prospects in the future.

“I really worry about our students’ ability to compete in the workforce if elements of their education are not permitted in the classroom,” Peralta said. “How are they going to be able to engage and discuss and address complex social problems, right? How are they going to engage in civic dialog with folks that might disagree with them if they never had the opportunity to discuss those complex things?”

Peralta teaches a social inequality class and worries that almost every aspect of the class would be considered ‘divisive content,’ as outlined in the legislation.

The Republican sponsors of HB 327 say the bill gives parents a voice in their children’s curriculum. The bill is currently sitting in the state and local government committee.