Tour the tunnels below Cleveland’s Soldiers’ and Sailors’ Monument

The Soldiers’ and Sailors’ Monument has been a prominent fixture in Downtown Cleveland’s Public Square since its dedication in 1894. The structure’s 125-foot column, once one of the tallest in the city, is surrounded by four bronze large-scale groupings that depict the four branches of the military. The interior walls bear the names of 9,000 men from Cuyahoga County who fought during the Civil War.

While the monument is open year-round to visitors, there’s a part of the structure that’s only shown once a year and draws in crowds from near and far. The annual “Tunnel Tours” were back this past weekend after a two-year hiatus due to the pandemic. 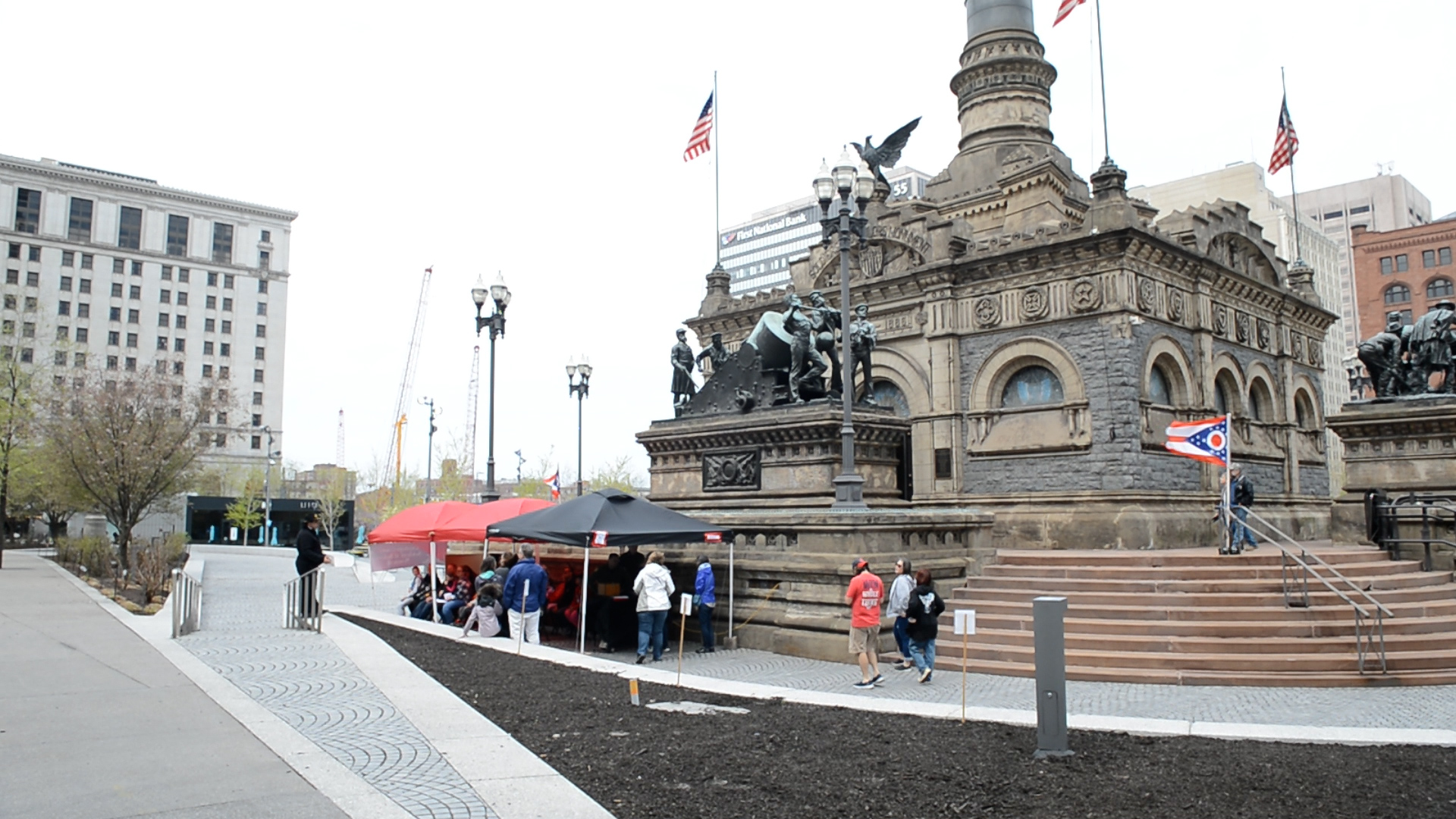 Greg Palumbo, executive director of the Soldiers’ and Sailors’ Monument, said people often ask: “Are they connected to other tunnels? Where can I go to with those tunnels? What were they used for? Why are they there?”

Many myths and legends have developed over the decades, creating a sense of mystery and intrigue. One popular theory is that the tunnels were part of the Underground Railroad, which doesn’t quite check out.

“The Underground Railroad was during the Civil War, and we were built about 30 years after,” Palumbo said. 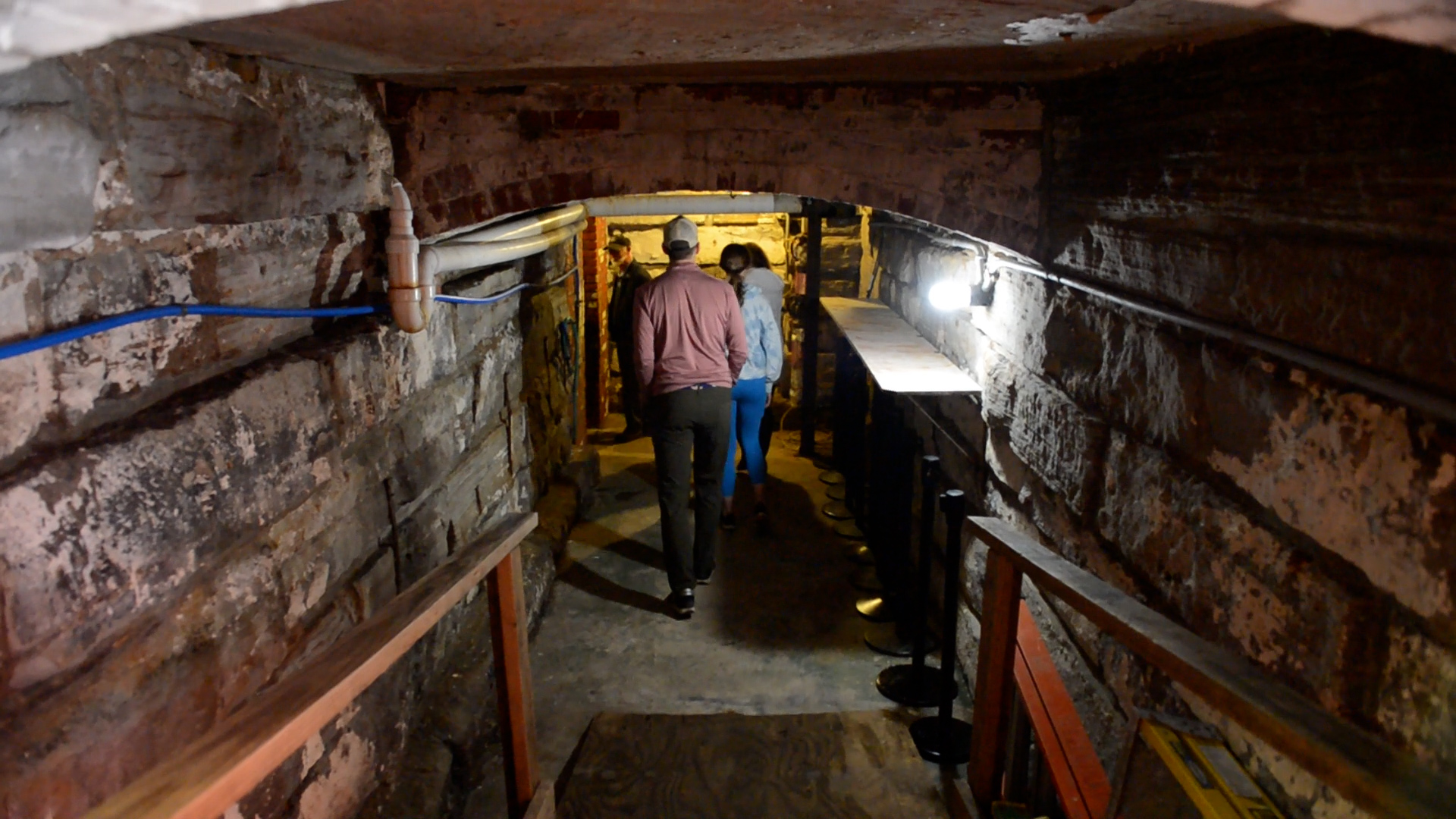 The tunnels under the monument run in concentric circles around its base and actually don’t connect to anything else. They were built during the construction, which began in 1891.

Another legend is that the tunnels connect to a series of underground passageways that run throughout Public Square.

“You see somebody go down into a manhole to deal with steam, or you knew someone who worked in a building, which my mother did, who could walk from E. 9th all the way to Public Square through a tunnel,” Palumbo explained. “Everybody’s heard of these tunnels, but not everybody’s been in them, so they don’t know what connects to what.” 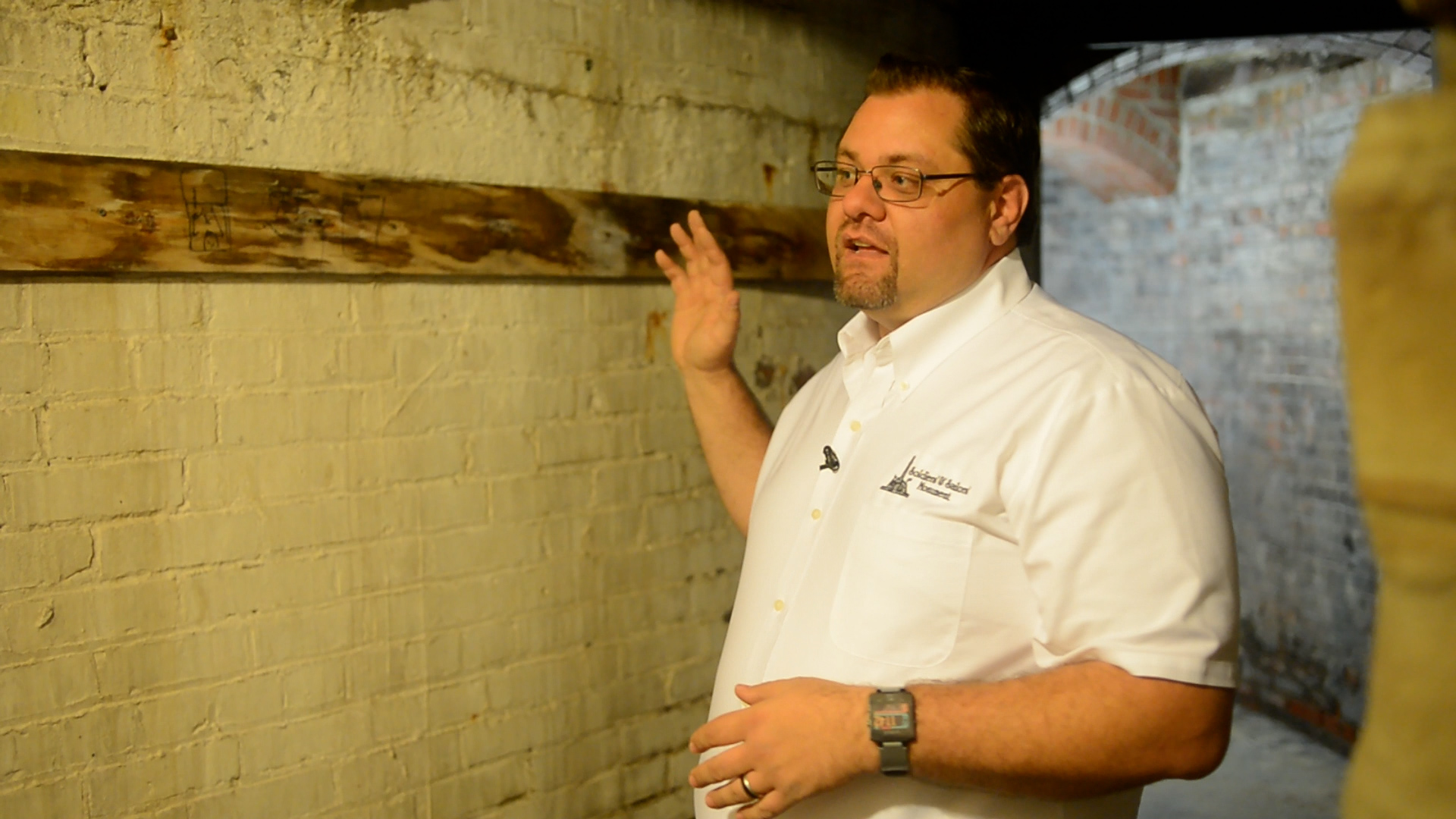 The tunnels under the monument run in concentric circles around its base and actually don’t connect to anything else. They were built during the construction, which began in 1891.

“We have two types of tunnels that run underneath the monument,” Palumbo said. “Under the outside, we have tunnels that hold up the decking, and they're made of archways and walls. The arch holds up every seam of the big stone slabs that make up the walkway around all of the statues on the outside.”

Below the interior of the monument are the inner tunnels, made of Roman style barrel vaults – thick archways that hold up the stone walls, flooring and statuary. 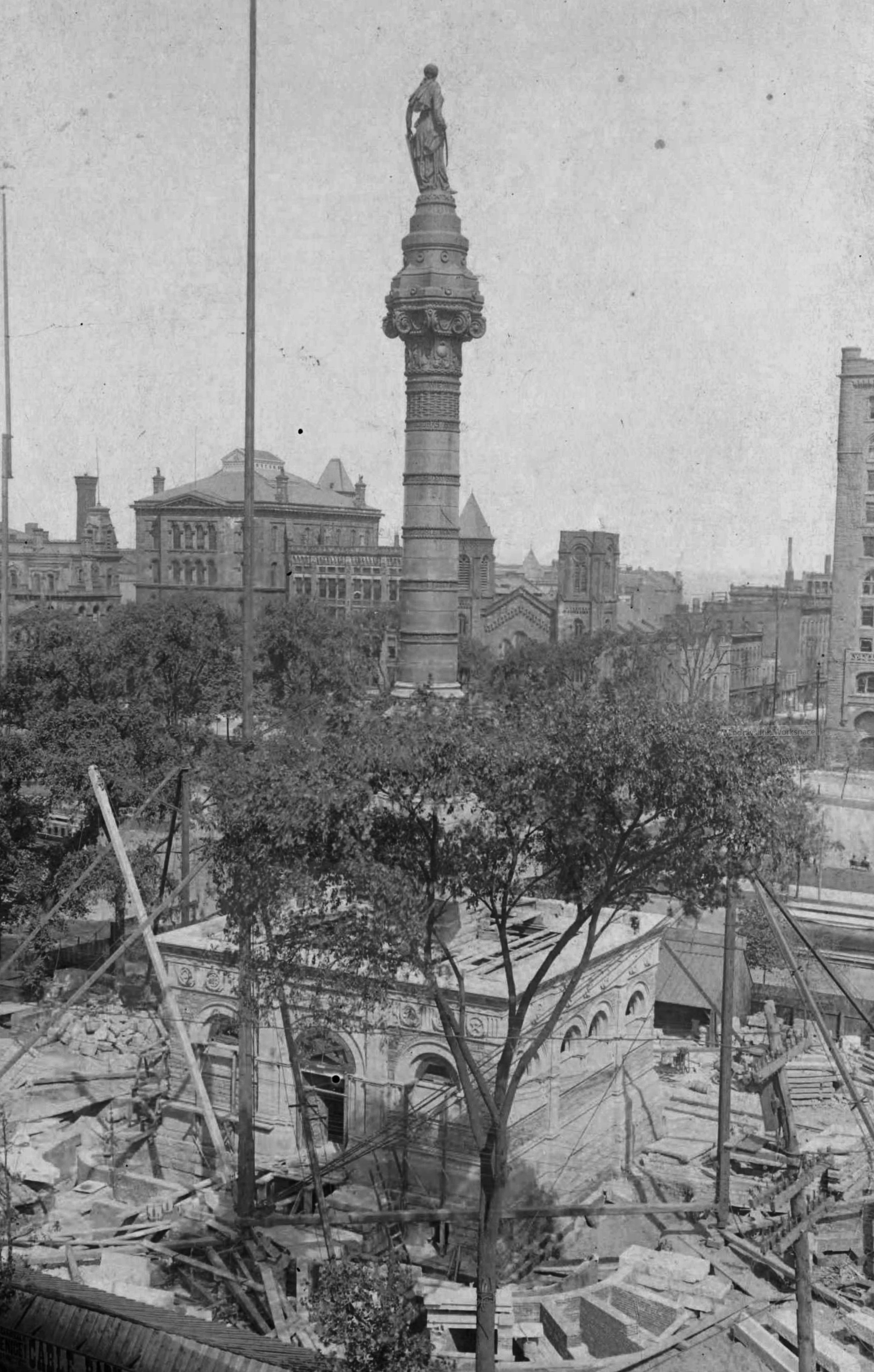 Palumbo said a lot of the intrigue surrounding the tunnels is because they’re a part of the monument that people usually don’t get to see.

“A lot of those different myths or legends are what draw people in,” he said. “And then we hope that they’ll learn a little bit about the engineering of the monument and a little bit about what we’re here to honor, which are the men on the walls.” 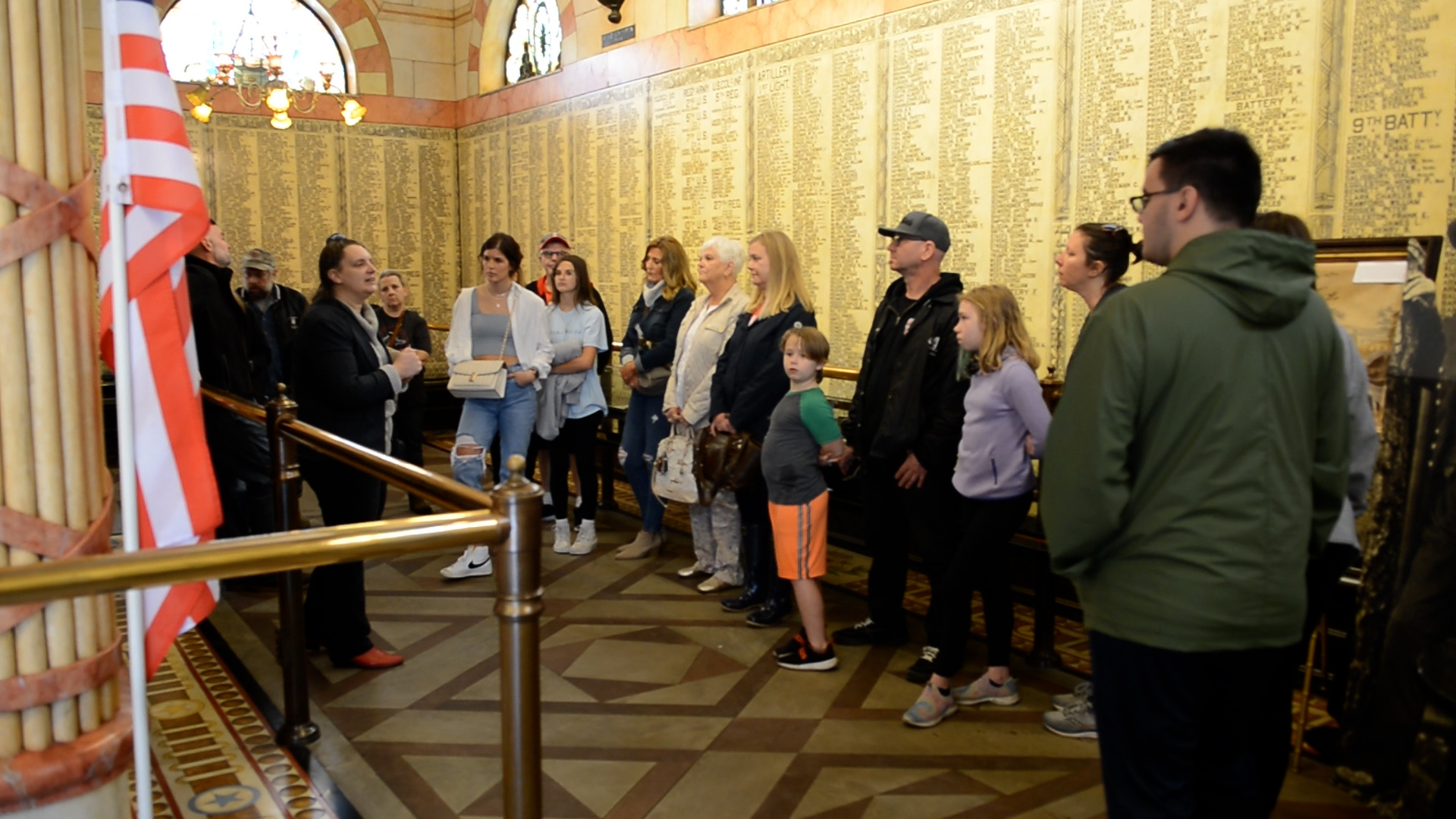