Community
News
To contact us with news tips, story ideas or other related information, e-mail newsstaff@ideastream.org.

In A Flashback To 2019, Browns Announce Another New Head Coach

You may have heard this one before: The Cleveland Browns have a new head coach.

Stefanski comes to the Browns after one full season as the Minnesota Vikings offensive coordinator and 14 seasons with the Vikings organization.

"This fan base, they're incredible," Stefanski said of Cleveland. "They deserve a winner and we're going to work tirelessly to deliver that to them."

The Vikings finished 2019 with a 10-6 record, winning in the first round of the playoffs before getting knocked out of Super Bowl contention by the San Francisco 49ers on Saturday.

"In this last calendar year, I feel like I've become a better coach. That's something I'm going to strive for every year," Stefanski said.

Stefanski was no stranger to the Browns interview process. He was in the running for the head coaching job a year ago, but the Browns instead went with Freddie Kitchens. Kitchens was fired after closing out the 2019 season with a 6-10 record.

Browns owner Jimmy Haslam would not commit to saying he liked Stefanski better this time around, but he did say think the past year in Minnesota helped Stefanski's growth as a coach.

"I do think, and I think Kevin would tell you this, the year calling plays, he obviously grew in that time period just like he'll grow this first year as a head coach. We just felt really comfortable with him, our entire group did." Haslam said. "The time as an offensive coordinator did benefit him."

Stefanski helped get the Vikings to the playoffs with two different quarterbacks. Heading into 2020 with the Browns and Baker Mayfield at quarterback, Stefanski on Tuesday offered some verbal commitments to sticking with Mayfield at that position.

"He's the quarterback. He's the trigger man and that's the exciting part for me," Stefanski said. "Like anyone of our players, when they walk into the building, we'll have a detailed plan for them on how they're going to improve and Baker as a young player the sky is the limit, but we're going to put in the work to get it done with Baker."

Mayfield is not the only Browns player with a “strong personality” that Stefanski will have to find a rhythm with. Wide receiver Odell Beckham Jr. is well-known for his circus catches:

And Beckham again made the rounds on social media Monday night after his alma-mater won the College Football Playoff National Championship:

But Stefanski said he is unbothered by "personality."

"Personality is welcome. Your production is required," he said.  "I understand, like with every team that I've ever been on, there's going to be some guys that bring different personalities and I welcome that."

After a disappointing 2019 season and yet another head coaching hire, it's fair for fans to be skeptical of anyone the Browns would hire. Browns Chief Strategy Officer Paul DePodesta understands that.

"We felt we ran a very thorough and deliberate process this time. We feel great about the result. At the same time, I don't think that's going to give anybody any comfort. Right? We need to go out and win."

Before winning or attempting to win, the Browns still need to fill the vacant general manager position and the rest of the coaching staff. 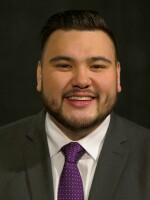 Gabriel Kramer
Gabriel Kramer is a Filipino-American journalist from Medina, Ohio. He studied journalism at Kent State University and is a proud member of the Asian American Journalists Association.
See stories by Gabriel Kramer
More by this reporter
Related Stories
Related Content