Things have been busy at Northwest Building Resources, a building materials supplier in Delaware County—maybe a little too busy.

“This is the first year ever where the first question out of our customers mouths is not 'What's my cost?' or 'What's the price gonna be?' It's 'Do you have it?'" said Andy Nichols, the business' owner.

“A lot of them show up the morning of, they call me and say 'I need, you know, 110 feet of Musket Brown, and I need this many downspouts, elbows and components,' and I say, 'Yeah, no problem. [I'll] have it ready in 20 minutes,'" Nichols said. "I had two guys try that this morning, and I had to tell them 'No, sorry.' And they went home and didn't work today.”

Aluminum prices on the London Metal Exchange recently hit a 13-year high of more than $3,000 a ton.

What's going on with the price and scarcity of aluminum, steel, and other metals has a lot to do with the pandemic and recovery, said Julianne Dunn, an economic analyst with the Federal Reserve Bank of Cleveland.

“They weren't traveling, they weren't going out to eat, you know, all of those things that allow us to kind of save money," Dunn said.

Coupled with federal stimulus dollars, Dunn said, "Now you got consumers with a lot of money in their pockets, and they want to buy things. And so those things require metal.”

"We don't have a ton of aluminum smelters here in the United States. Historically, we've gotten quite a bit of our aluminum from Canada or from Europe," she said.

Additionally, she said Section 232 tariffs are impacting the ability to kind of build the aluminum market back up. 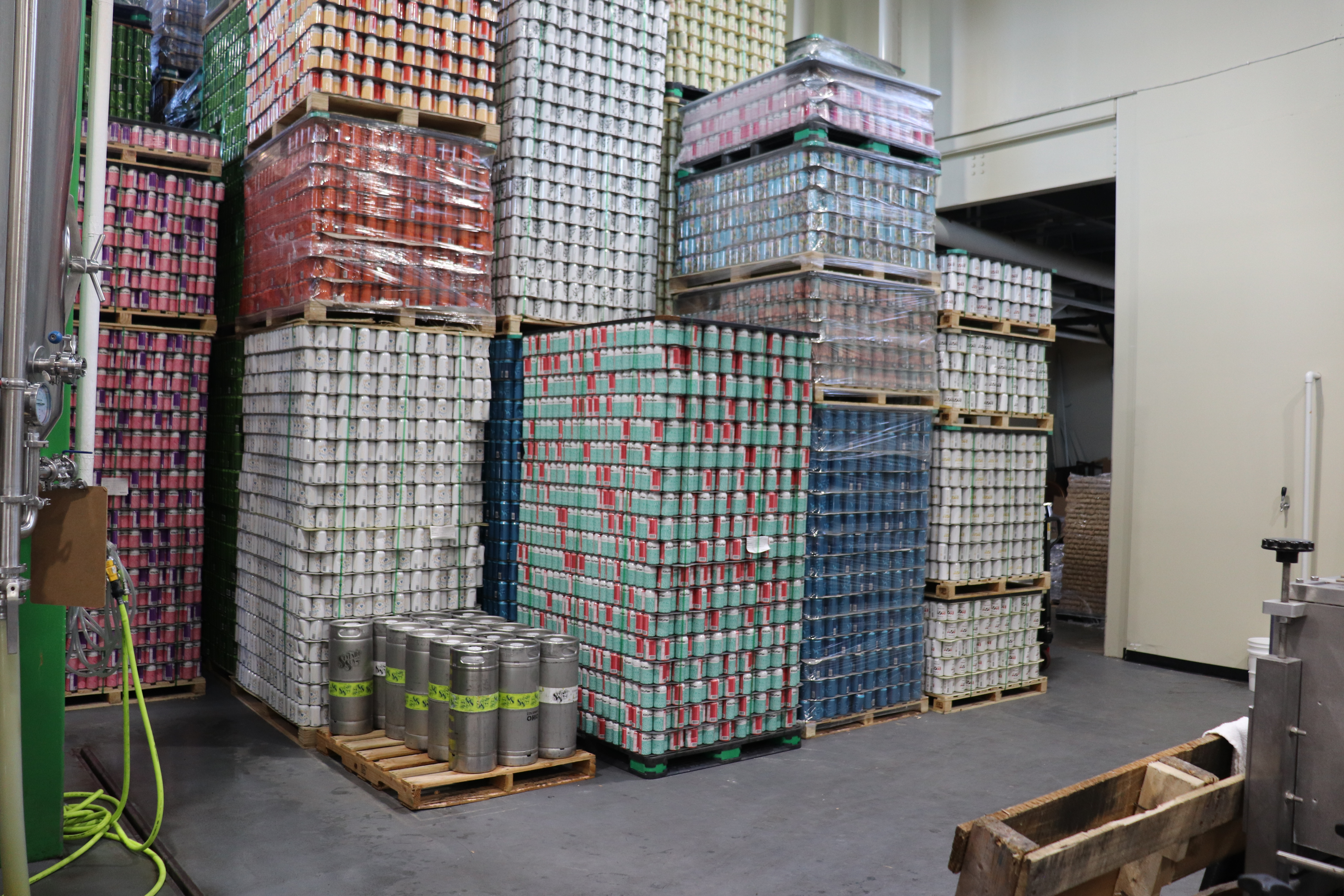 Collin Castore is co-founder and partner of Seventh Son Brewing Company in Columbus.

He said they first noticed delays in shipments from their can supplier. Then, about two months ago, he says prices went up across the board by about 30%.

"We go through about 150,000 cans a month, and that works out to about 1.75 million cans a year. So these little increases, like kind of our core products went up by about six cents, and some of our specialty went up by about eight cents, they really add up,” he said.

Seventh Son has resisted passing on those costs to customers so far. But Castore said he's less than optimistic about the coming months.

"I don't see that this is going to clear up or really get better until at least 2024. I know there's a couple more aluminum can plants being built. But I think optimistically those are going to come online in 2023. So I don't really see things changing for a little while,” Castore said.

So we could be paying more for consumer goods for some time to come. But Dunn sees a silver lining in the overall health of the economy.

“We are in a place where people have money to spend and they're, they're choosing to do so and that's kind of a good thing overall," she said.