By Dan Polletta, The Land

Diana Jones needed to move, but she ran into a problem.

(Note: This is not her real name. She asked to remain anonymous for fear of retaliation.)

While in the process of completing her degree at Cleveland State, Jones had been living in South Euclid. With a new baby on the way, her family had outgrown their home, so she began diligently searching for a new place to live.

“That was a task of mine, outside my schoolwork, from the time I woke up until I went to sleep, I was looking for homes,” Jones said “I was signed up for notifications to come, with my specifications. It’s been a journey. It's been emotionally draining, as well.”

For four months, Jones had no luck in finding a new place to live. Why the holdup? Jones couldn’t find anyone who would rent to her, because she was going to pay with a Section 8 voucher. South Euclid does provide source of income (SOI) protection, but Jones couldn’t find a place in that city that met her family’s needs.

“When I go on websites like Zillow, most homes that they have listed, they do have it listed in bold letters, ‘No Section 8,’ or things like ‘no voucher,”Jones said.

Jones' story isn't uncommon, according to Emily Lundgard, Senior Director for State and Local Policy with Enterprise Community Partners, a national affordable housing and community nonprofit with Ohio as a market. 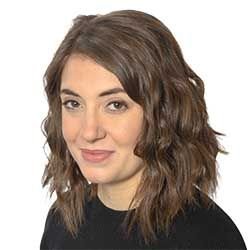 Currently in Cleveland, and throughout parts of Cuyahoga County, landlords can refuse to rent to tenants based on the source of income with which they pay, like a voucher or disability payment.

“Source of income discrimination is something that we’re seeing quite a bit of in Cleveland, and in Cuyahoga County,” Lungard said. “If you’re a voucher holder, and you are looking outside places that already have high concentrations of vouchers, and are highly segregated areas, those folks get denied, close to 95% of the time.”

Recent statistics bear out Lundgard’s claim. In these instances, 92% of renters who seek to use their vouchers are denied housing, according to a 2017 report from the Cleveland-based Fair Housing Center for Rights and Research.

Housing rights activists and community groups in Cleveland are hoping to convince Mayor Justin Bibb and city council to endorse legislation to adopt a series of renters’ protections, including prohibiting landlords from discriminating against tenants based on SOI. 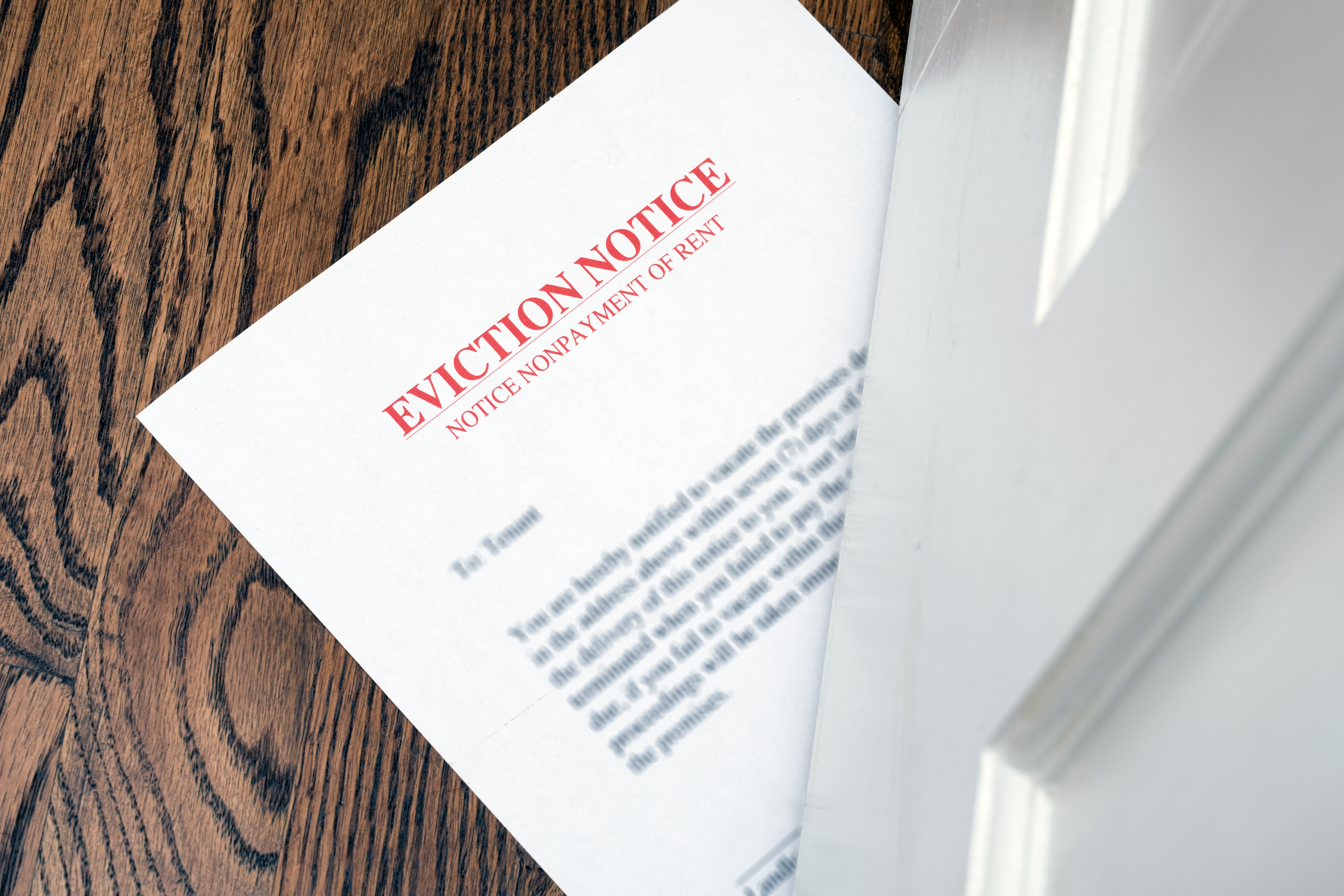 Those groups are also advocating Pay-to-Stay protection, which would allow tenants who face eviction to remain in their current housing, if they pay their rent, late fees, and court costs by the time of their eviction hearing, as well as the establishment of a group to develop a comprehensive Renters’ Bill of Rights.

Last summer, some members of Cleveland City Council, led by Councilman Kerry McCormack, were ready to introduce SOI legislation, but it was never brought before council. Last fall, Cuyahoga County Executive Armond Budish proposed an ordinance to provide SOI protection. The Land reached out for an update to Cleveland City Council President Blaine Griffin, who said he was meeting with his staff this week to discuss the status of legislation.

Have a voucher, can’t find housing

Jones reached out to several of the owners who had listed that they wouldn’t accept vouchers, to just see if they would show her the house, making it clear she wanted to pay with a voucher.

“They said, ‘no,’ and a lot of them just disconnected (the phone),“ Jones said. 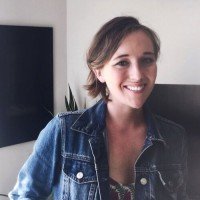 Molly Martin is Director of Strategic Initiatives for the Northeast Ohio Coalition for the Homeless (NEOCH). She said her organization has found it to be extremely difficult to go into the private market with any type of housing voucher, and to find a landlord who would accept it, as was borne out by an experiment NEOCH conducted in the summer of 2020.

(Note: The Cleveland Street Chronicle, which is supported by NEOCH, is a member of NEOSOJO. The Chronicle had no role in the writing or editing of this story and it will include this story in its latest edition.)

“Our intern called over 100 landlords to say ‘I'm looking for housing. I have a Section 8 voucher, can I apply?’ They all told her, ‘No, we don’t take Section 8,’” Martin said.

In Cuyahoga County, nearly 90% of voucher participants, like Jones, are Black. The Fair Housing Center report stated that the refusal to accept housing vouchers is a discriminatory action on the basis of race and perpetuates racial segregation. The report also indicated that Black renters who have vouchers are denied the opportunity to rent more frequently than their white counterparts.

The SOI protection would prohibit a landlord from refusing to accept a tenant based on the method in which he or she chooses to pay rent, which advocates say will allow renters to move to better neighborhoods.

Landlords are still permitted to have criteria that a tenant must meet, in order to rent the property. Those measurements range from credit and eviction history, to stable employment and sufficient income. If a tenant has a voucher, but doesn’t meet the other qualifications, a landlord can still refuse to rent the property.

It’s not just as simple as accepting a voucher

While fair housing advocates are pushing for renter protections to be adopted by Cleveland and Cuyahoga County, many landlords and groups representing them are opposed to new regulations.

Having begun his career in housing at Habitat for Humanity, and later served as green housing manager for Environmental Health Watch, Matt Berges said he understands the strong need for housing assistance.

Now as the owner of  Berges Home Performance, as well as a partner in Duck Island Development Collaborative, Berges said people also need to consider the perspective of landlords, when it comes to passing renters’ protections.

“Landlords are made out to be the bad guys and find that the law works against them in many cases,'' he said. “When a tenant chooses to take advantage of my kindness and refuses to pay rent for an extended period of time, I see it as theft.”

Ralph McGreevy, chief operating officer for the Northern Ohio Apartment Association, also questioned whether the proposed protections are fair to property owners. He said that tenants have a contract with landlords, including an obligation to pay on time, which property owners are counting on to pay their own bills.

“Right now, they (landlords) are estimating that the (inspection) process will eat up at least a month’s rent,” he said. “If you have a property you are counting on for 12 months of rent, and you know you will get 11, because of the governmental process, why would you ever go into it?”

Martin acknowledged that from a financial perspective, the slowness of the process can put an undue burden on landlords.

“Housing authorities don’t have a lot of capacity, so it can be cumbersome,” Martin said.

“It can take a month or two months, so a landlord is saying, ‘I can get someone to rent it with cash tomorrow, or I could take this voucher, but I might have to wait two months,’ and that’s two months of rent they’re not receiving.”

McGreevy said that while there are states and cities that protect landlords by covering the costs of the delay while the inspection and other activities take place, the proposal being pushed by housing advocates in Cleveland doesn’t include any help for landlords.

“Without the pot being sweetened to make it less volatile to the landlord, why would we go willingly into the fray?” he said.

Lundgard said Enterprise is interested in creating programs that address the needs of landlords. “Let's make sure we support them and resource them,” she said. “ Let’s pair these renters’ rights with some assistance for landlords.”

She noted that Columbus, which does offer SOI protection, is using American Rescue Plan dollars to fund a landlord incentive program, and said Enterprise is advocating for a similar concept to be implemented in Cleveland.

The legislation that Budish is pushing to be adopted by Cuyahoga County would also provide financial incentives to those property owners who accept vouchers. McGreevy said he wants to see how the protections work in other communities before he makes his final judgment.

One of the major questions that looms over SOI protection is one of choice. Housing advocates contend that refusing to accept vouchers denies a tenant the right to choose to live in a better place, and hopefully improve their living conditions and begin to break the cycle of poverty.

A Harvard University study found that poor children who move to high-opportunity neighborhoods before age 13 are more likely to attend college, earn higher incomes and reside in better neighborhoods as adults. They also are less likely to become single parents.

“Source of income discrimination is a proxy for race discrimination." - Emily Lundgard, Senior Director for State and Local Policy with Enterprise Community Partners

Many landlords feel it is their right to include the method of payment as one of the standards that tenants have to meet in order to qualify to rent from them.

McGreevy rejected the notion that landlords who didn’t accept vouchers were prohibiting people from living where they wanted. “Anyone who qualifies is welcome to live anywhere they want,” he said. “If you’re on a government assistance program, it’s not that you aren’t allowed, it’s that you don’t qualify.”

Martin sees it differently. She said some landlords feel there is a stigma that comes with accepting voucher holders, because of a supposed fear of how they will treat the property, as well as a reluctance to deal with housing authorities.

Jones, who finally found a property owner in Lyndhurst who agreed to accept her voucher, sees the refusal to accept vouchers as a subtle form of racism.

“I think it is another form of redlining,” she said. “I don’t believe individuals who use vouchers should only be forced to live in the projects. I think it is important for low-income families to have the experience of being in a home, in a nice area, where the school districts are nice. Having a voucher shouldn’t be the only reason they are denied.”

This story is a part of the Northeast Ohio Solutions Journalism Collaborative’s Making Ends Meet project. NEO SoJo is composed of 18-plus Northeast Ohio news outlets including Ideastream Public Media.

Daniel Polletta is a veteran Cleveland-based writer and broadcaster.

Renters are protected in other Ohio cities. Could...

Understanding the movement for renter protections in...