Fired MetroHealth CEO Dr. Akram Boutros filed a second suit in Cuyahoga County Common Pleas Court Thursday, accusing the board of trustees of breach of contract, defamation, retaliation and intimidation in firing him.

The suit seeks financial damages on ten counts against the trustees.

Boutros was dismissed by the board in November after the board said he collected nearly $2 million in bonuses the board said were improper and which it knew nothing about. The board based its decision on an investigation conducted by lawyer John McCaffrey of the Tucker Ellis law firm.

Jason Bristol, the lawyer representing Boutros, said in a statement: “In firing Dr. Boutros, the MetroHealth Board of Trustees acted in bad faith. They relied on an incomplete, unauthorized investigation and made decisions in secret, violating the public’s trust.”

A statement from the board in response to the new suit said, “Dr. Boutros’s latest lawsuit is another attempt to rewrite history.”

The board said in firing Boutros Nov. 21 that only the board, and not he, could determine his salary. The board said Boutros set the metrics for his supplemental bonuses, decided whether he met them and authorized payment to himself, none of which the board authorized.

Boutros’ suit cites his employment agreement, saying it shows the board only sets the CEO’s base salary. “There is no provision in the agreement for approving his total compensation.” Boutros, the suit alleges, never exceeded his authority.

“The board’s assertions to the contrary are knowingly false and are designed to destroy Dr. Boutros’ reputation while protecting their own,” Bristol said.

In response, the board states, “Dr. Boutros was terminated because we learned he was paying himself almost $2 million in bonuses that had not been authorized by the MetroHealth Board. It’s that simple. To claim otherwise is to continue to smear the reputation of the very institution he claims to love and to undermine his successor.”

The suit by Boutros alleges his firing was retaliation for Boutros blowing the whistle on the board's improprieties in the hiring of his replacement, Dr. Airica Steed. The suit also claims Boutros's repayment of bonus money was “coerced” by the board.

“Rather than celebrating MetroHealth's accomplishments during Dr. Boutros' tenure, the Board chose to mire the System in controversy and scandal,” the suit reads. “But the scandal is not Dr. Boutros' earned incentive compensation which he returned on condition that the Board repay him after re-assessing his performance, it is the Board's extraordinary incompetence and abdication of duty, and the ensuing campaign … to blame Dr. Boutros for the Board's own failure to fulfill its duties and obligations.”

In a separate action, Boutros amended his earlier lawsuit seeking to nullify his firing, adding a text message from board Chair Vanessa Whiting to board member Terry Monnolly, who was absent from an executive session, that reads, “Terry the board voted to terminate Akram immediately.”

The amended suit notes that the text came after the board’s executive session. Ohio law allows deliberation away from the public, but requires votes to be made in open session.

Monnolly this week resigned from the board, saying he believes the board authorized all of the actions Boutros took. The board said Monnolly did not participate in discussion and analysis of the investigative findings that led to its decision. 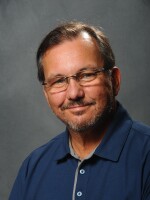