By Kelly Krabill
Alana Nichols suffered a traumatic spinal cord injury while snowboarding at the age of 17.

Growing up, sports were not just something that Alana Nichols did. They were her identity. After suffering a traumatic spinal cord injury while snowboarding at the age of 17, she was paralyzed from the waist down. Thinking her athletic career was over, she experienced a wheelchair basketball game her freshman year at the University of New Mexico, where the physical and competitive gameplay reignited her athletic endeavors and her passion for sports and adventure. Alana went on to compete in several Paralympic games and is the first woman Paralympian to win gold medals at both Summer and Winter games. She has competed in wheelchair basketball, Paralympic alpine monoskiing, and at her final Paralympic games in Rio, paracanoeing. Join us for an intimate conversation as Alana shares her journey of resilience, identity, and passion for challenging herself and others. 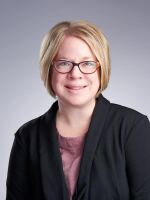 Kelly Krabill
Kelly Krabill is a multiple media journalist at Ideastream Public Media. She is excited to engage viewers with visual storytelling. While living near Canton most of her life, she recently moved to Cleveland.
See stories by Kelly Krabill
Antiques Roadshow to Visit Akron on June 6!
Fans can enter to win tickets to visit ANTIQUES ROADSHOW on-set and have their item appraised!