By Marc Lefkowitz, The Land

When MetroHealth set out to build its new $1 billion hospital campus in Cleveland, it wanted to use sustainable building practices. That meant deconstructing, or carefully dismantling for potential reuse, parts of the old buildings that it was razing.

Similarly, the Cleveland-based manufacturing nonprofit MAGNET used deconstruction to fashion its new headquarters out of an old school building, the former Margaret Ireland at E. 63rd and Chester in Hough. The school, which closed in 2004, is slated to become a manufacturing hub which will provide space for entrepreneurs and training for students.

What can be learned from these experiences was the subject of a recent panel discussion organized by the Cleveland 2030 District, a nonprofit advocating for a high performance (also known as “green”) building district downtown and in University Circle.

It’s all part of the hospital system’s aggressive new building goals, which includes meeting the International WELL Building Institute’s standard, which has gained popularity with healthcare institutions, and creating the first hospital-led certified EcoDistrict in the country.

“As an EcoDistrict, we have a long-term goal to move forward toward a net positive world, and part of that is diverting waste,” said Sarah O’Keefe, MetroHealth’s new sustainability manager. 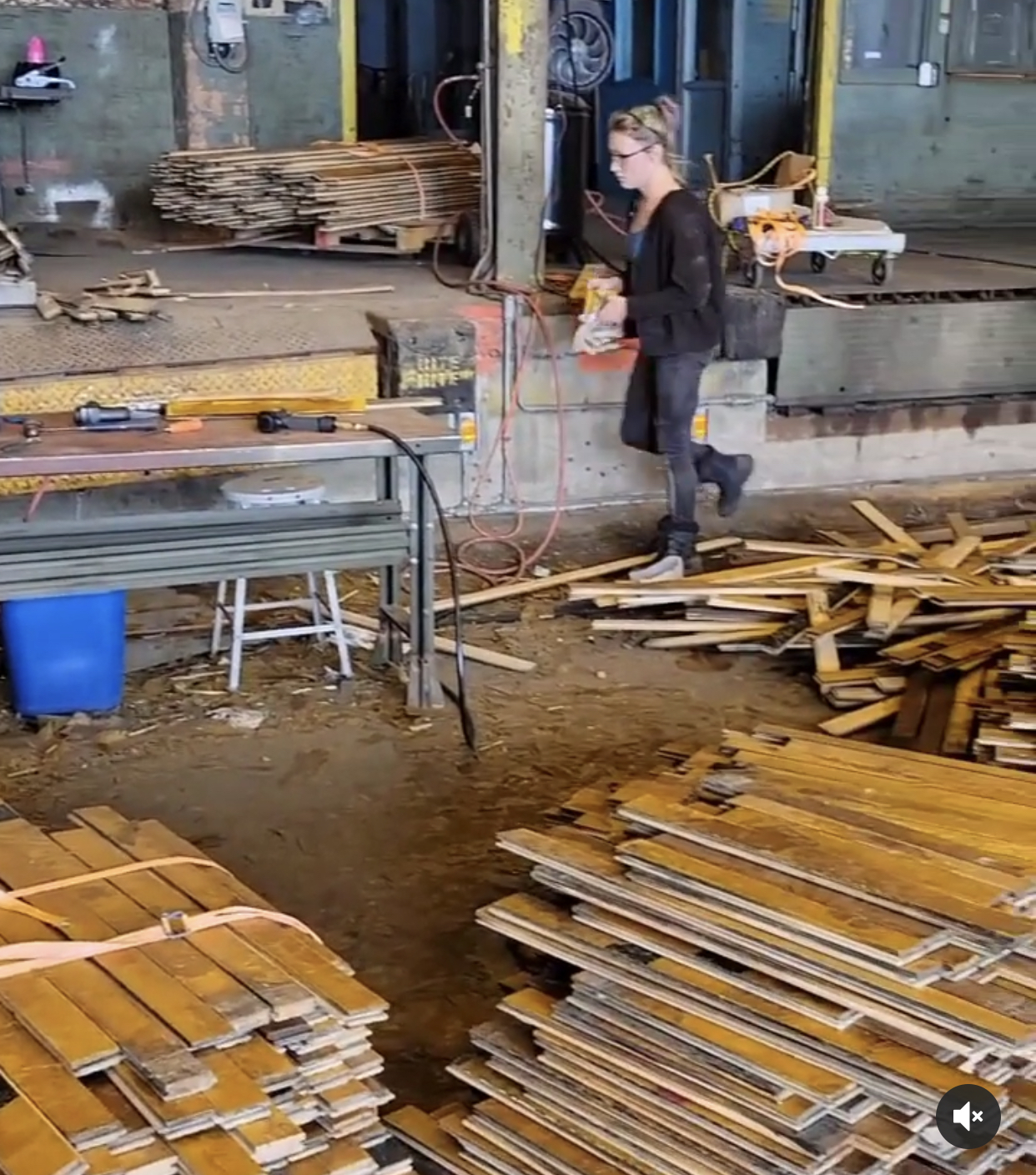 A “net positive” building is one that produces more energy than it consumes and lowers rather than raises the amount of carbon emitted into the atmosphere.

Similarly, MAGNET is reusing an existing Cleveland Municipal School District (CMSD) building at E. 63rd St. and Chester Avenue to create a new headquarters and manufacturing education center. In keeping with a plan to reduce its carbon footprint (the amount of carbon it’s releasing into the atmosphere), MAGNET is deconstructing the building.

Jessica Davis, owner of Rebuilders Xchange, a local business that warehouses and sells salvaged materials like hardwood floors and doors, was hired by MAGNET to remove maple hardwood flooring from the gym at the old school. Her company also took out slate chalkboards and re-sold them to kitchen renovators.

“We were brought into the conversation early enough to have a plan,” Davis said. “I really appreciate the team at MAGNET, Bialosky (Architects), and Precision (Demolition) asking how we can do it, and working together seamlessly to do it. Without [that kind of ] leadership, the building gets torn down.”

Both of these high-profile Cleveland building projects are part of what Kristin Hall, Cleveland’s former director of sustainability and now executive director of the Cuyahoga Soil and Water Conservation District, called a new priority for the city — building the circular economy. The term refers to the process of keeping materials out of landfills and reusing them to create new products.

The $13 million MAGNET project kept more than 19 tons of material out of a landfill, Davis estimated. Experts say integrating deconstruction is an essential part of greening Cleveland’s economy, a goal of the city since 2009, when former mayor Frank Jackson launched his Sustainable Cleveland initiative, a program current mayor Justin Bibb is expected to continue. 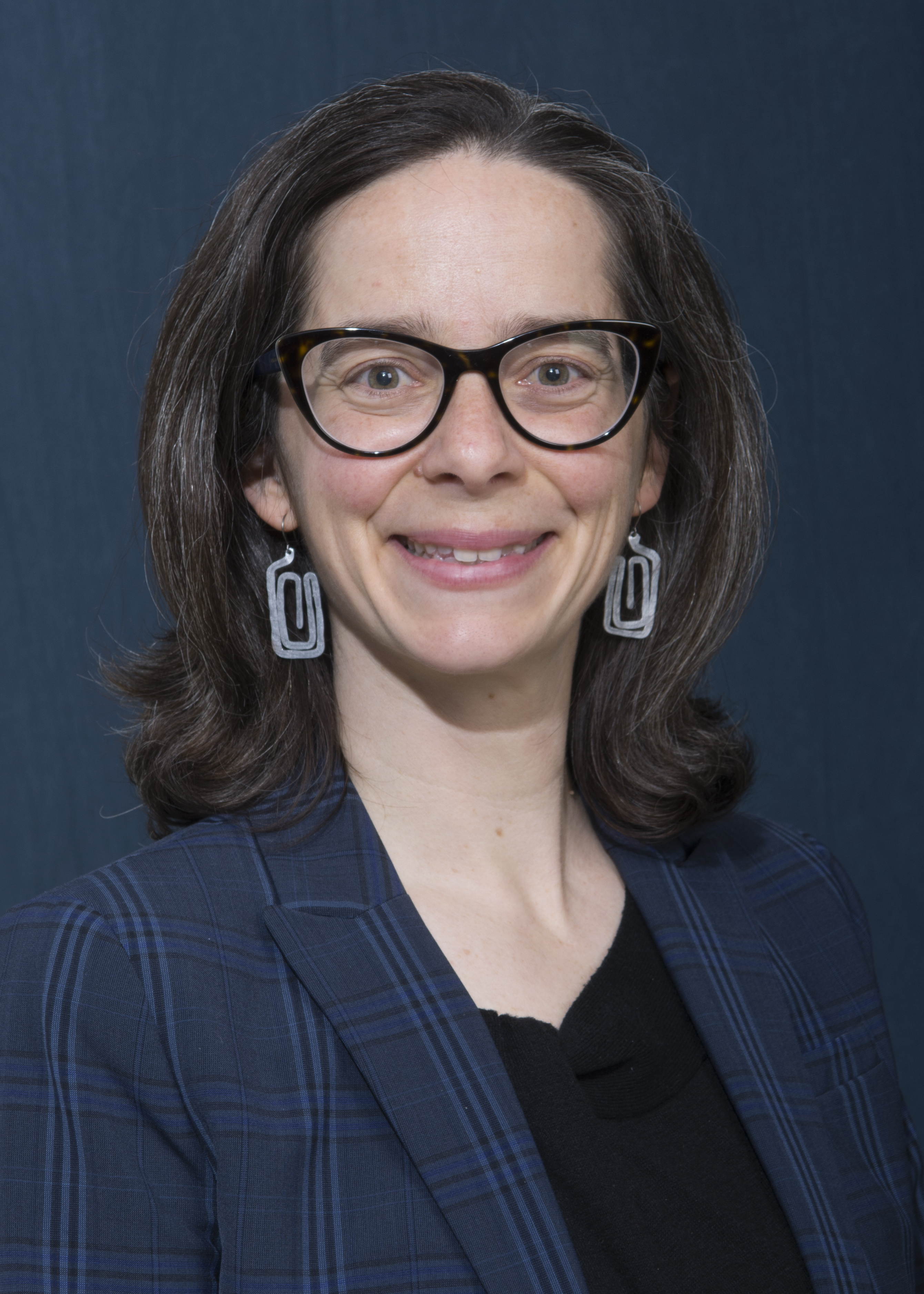 “To reach [carbon neutrality], a building has to include reuse,” said Aurora Jensen, a project manager with the sustainable building design firm Brightworks, during the 2030 District panel discussion. “A new building cannot really bounce back from the carbon deficit of not reusing a building.”

Deconstructed projects also help to avoid the high social and environmental costs of dumping building materials in landfills, an act that raises questions of environmental justice. One example, from O’Keefe: the lingering disaster at Arco, a construction demolition dump that illegally operated in East Cleveland.

“That fiasco affected people’s health,” she said. “Landfills and the physical environment are a major determinant of health, and we know that minority and low income areas are more likely to have landfills.”

Analyzing the construction industry is Jensen’s job. She knows, for instance, that the high-heat process of making concrete and steel rebar accounts for roughly 85 percent of the carbon footprint of buildings and 11 percent of the global carbon footprint. That’s why it’s so important to procure concrete and rebar from high recycled content, she said: it drives down carbon emissions.

What that means to companies like MetroHealth and MAGNET, who are pursuing green building bonafides, is that they will get recognized for considering what is called the “cradle to grave” impact of a building. The cradle is how the materials came into being – where and how they were mined, for example - while the grave refers to how the building is dismantled. Are the materials deconstructed and donated, or simply discarded? 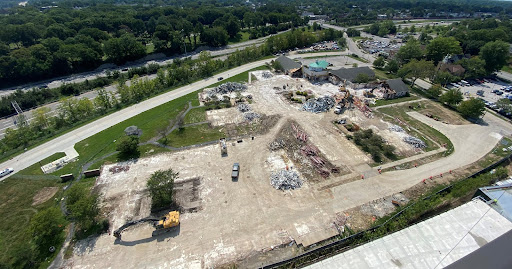 One of MetroHealth’s recent construction sites.  [The Land]

Jensen demonstrates this with a chart showing three ascending spikes representing the carbon footprint of a typical building. The cradle is the first and tallest peak, because that is where a lot of carbon comes – in the mining and manufacturing. The second spike is the longer “use” phase, representing the building’s life span. The third spike is the grave.

This is where MetroHealth and MAGNET shine. The third or grave spike on their charts are much lower because of the way they tore down or retrofitted their buildings.

The key to deconstruction, said O’Keefe, is planning. MetroHealth started deconstructing its hospital tower a full year in advance of construction. It worked with nonprofit groups like MedWish International, Cleveland Furniture Bank, Edna House for Women, and a private construction firm, Encore, to find institutions that would accept and reuse donations of furniture, medical equipment, and heavy machinery such as generators.

The effort paid off. O’Keefe said Encore found a new home for 60,000 pounds of furniture and equipment. That’s on top of 11,181 pounds of concrete and steel that MetroHealth recycled when it took down the building at the site of its new visitor garage and outpatient center.

“It can be easier to knock it all down, but it was important [to deconstruct it] because a lot of this can be reused,” said O’Keefe, noting that deconstruction is now company policy. “Part of this is we didn’t want it to be a cost of trucking and demolition (and landfilling) the waste.” 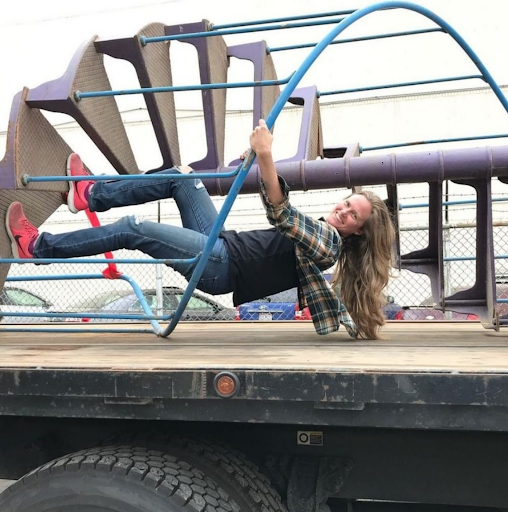 Jessica Davis of Rebuilders Xchange poses while unloading a salvaged staircase. [The Land]

Similarly, MAGNET hatched its plan early to salvage as many building materials as possible, said Davis. The team it assembled included architects Bialosky and local demolition contractors Precision Demolition. Rebuilders Xchange also works with more than 500 salvagers on a regular basis, some of whom came to extract materials from the building, which her company then sells at their warehouse retail outlet in Midtown Cleveland at a 50/50 split.

Bringing up a baby industry

As it stands now, Rebuilder’s Xchange is swimming upstream as a for-profit deconstruction business. Others in Cleveland already have tried and failed.

The main stumbling block is, of course, the labor of pulling thousands of nails from old hardwood 2x4s or carefully removing tongue-in-groove flooring.

Mae Bowley operates Re:Purpose Savannah, a nonprofit that reclaims building materials. Like Rebuilder’s Xchange, she says the resale market is there for architectural salvage items like corbels and decorative finishes. In a webinar held last August for Center for Community Progress, Bowley spoke of the environmental benefits of deconstruction, saying that “every house we keep out of a landfill equals a person’s total solid waste footprint for their lifetime.”

Yet Re:Purpose Savannah is a nonprofit because, simply put, deconstruction costs more than demolition. It takes six people to dismantle a building to harvest materials for reuse vs. one “bubba in a backhoe” who can crush an empty house to the ground in a day, Bowley said.

Berghorn added that it will take national climate policy, like placing a dollar-per-ton price on carbon, to incentivize builders to use salvaged lumber over clear-cut wood. 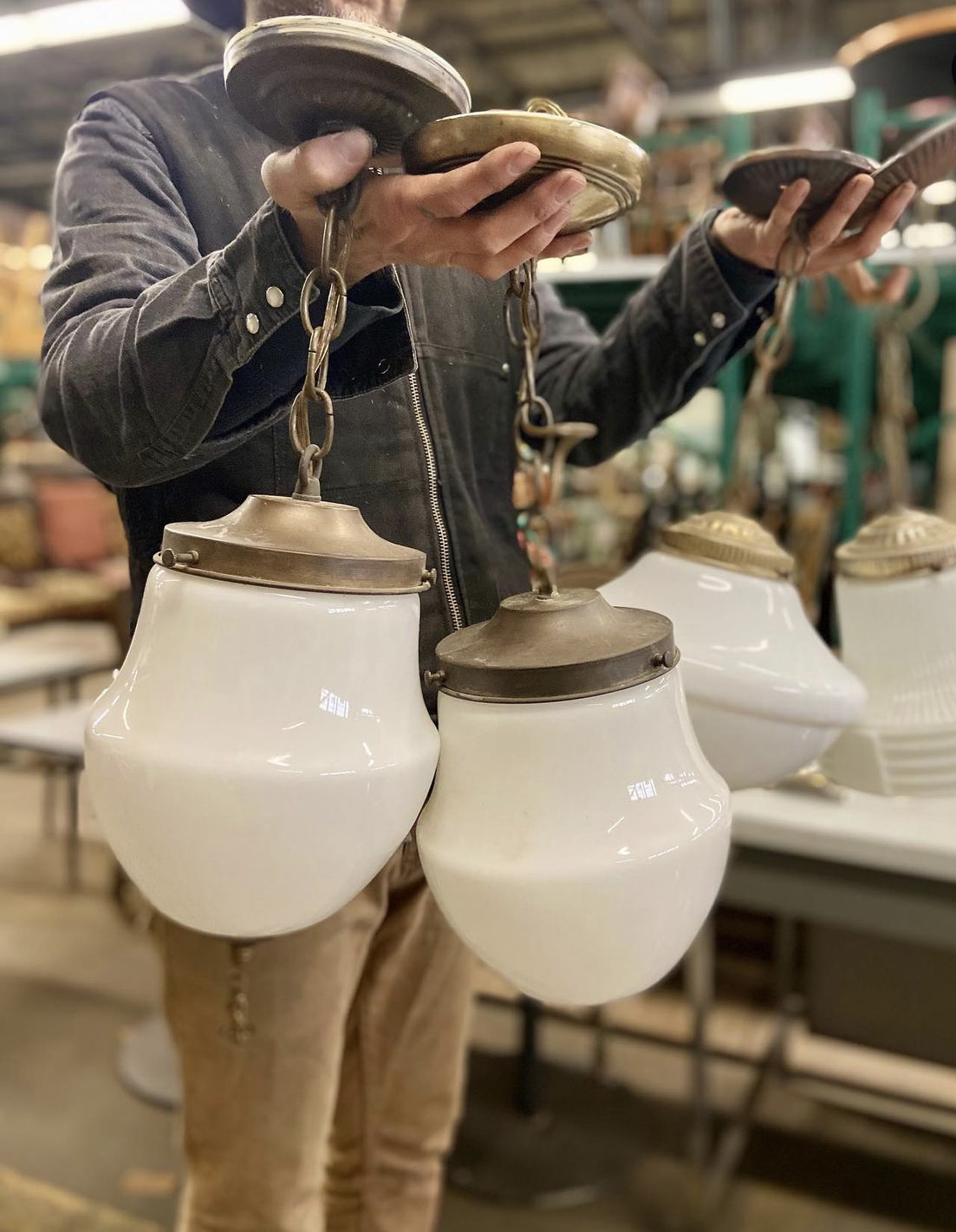 A salvaged light fixture. [The Land]

“Salvage lumber costs $833 per thousand board feet compared to $500 for virgin timber on the stump,” he said. “It’s better than where it’s been, and can help with some of (the market volatility). With some carbon credits, you would have a national market that can add value to (salvage) products, and to close some of (the price difference).”

Local communities can help by adopting deconstruction ordinances, said Bowley, citing Portland and Pittsburgh, where all court ordered demolitions have to go through a deconstruction process. As a result, she said, more historic buildings have been fixed up rather than being torn down.

Bowley reiterated the lessons of MetroHealth and MAGNET’s projects – that deconstruction has to be built into the project from the get-go. “The significantly more time it takes to deconstruct could be met with planning,” she said. “It’s much harder when you wait till the last minute.”

Marc Lefkowitz is a journalist and sustainability consultant based in Cleveland Heights.

A founder's vision creates new life for the...