As he stood in a hallway just outside of a hotel conference room in downtown Columbus, William Miller considered what the future holds.

That’s because inside that hotel conference room was a new group of advocates ready to push for changes to Ohio’s criminal justice system.

The group, Building Freedom Ohio, is a grassroots organization made up of people who used to be in prison, who have a loved one still incarcerated, or who have personally dealt with the criminal justice system.

Miller’s vision of the future looks very different now compared to a few years ago in 2019 when he finished serving his time for a felony murder conviction — a crime he said he did not commit.

After spending 26 years in prison, Miller hoped to find a job and a place to live. But he said he ran into one roadblock after another

“I came home, I applied for 40 jobs, got denied all of them. I laid on my bed, and I questioned whether I'm supposed to be doing this. Is this what my life is going to be like?” said Miller.

Building Freedom Ohio is advocating to adjust or eliminate what it sees as barriers for people like Miller. This can include collateral sanctions, which are civil penalties, in law, that are attached to felony convictions. But more broadly, collateral sanctions are considered to be a variety of policies that penalize formerly incarcerated people and create hurdles to housing, employment, and more.

“If you create all these barriers that say you can't participate in our society fully, no more, how can you expect me to be a full citizen and do what it is that all full citizens do, if you don't give me the opportunity?” said Miller, who is now an advocate in Youngstown. 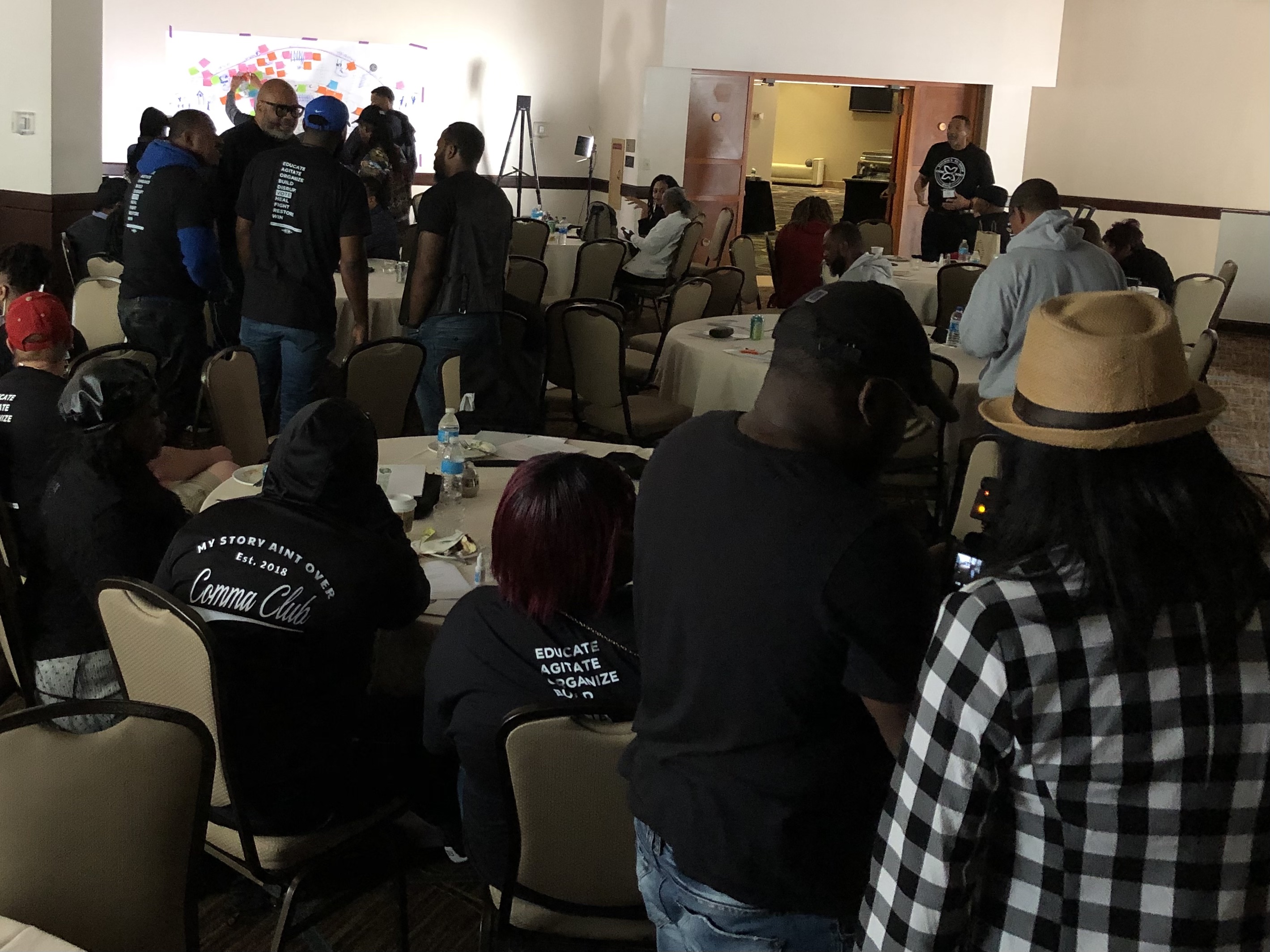 In the last decade, Ohio lawmakers have passed legislation to roll back collateral sanctions. A law enacted in 2012 created the Certificate of Qualification for Employment, which could be granted to people with a misdemeanor or felony conviction after a certain amount of time after their release. It also created more access for people with a prior conviction to get a professional license as long as the profession did not relate to the conviction.

Even though changes have been made, Fred Ward, Building Freedom Ohio’s state director, believes there is still more work to be done.

Ward was out of prison for more than 20 years when he tried to open a transitional house for youth who were released from juvenile detention. Ward said he wanted to give young people a chance to live in a safe place instead of returning to a toxic home life. But after getting all the pieces together, Ward was told he could not run a transitional home because of his prior felony assault conviction in 1993.

Ward said assembling a group like Building Freedom Ohio to share these stories with policymakers can go a long way towards making changes.

Lt. Gov. Jon Husted spoke to Building Freedom Ohio during their conference in Columbus. He said the landscape for employment in Ohio is changing, with more businesses adopting the practice of second chance hiring — which emphasizes employing people who have a prior conviction, are recovering from substance use, or were unhoused. 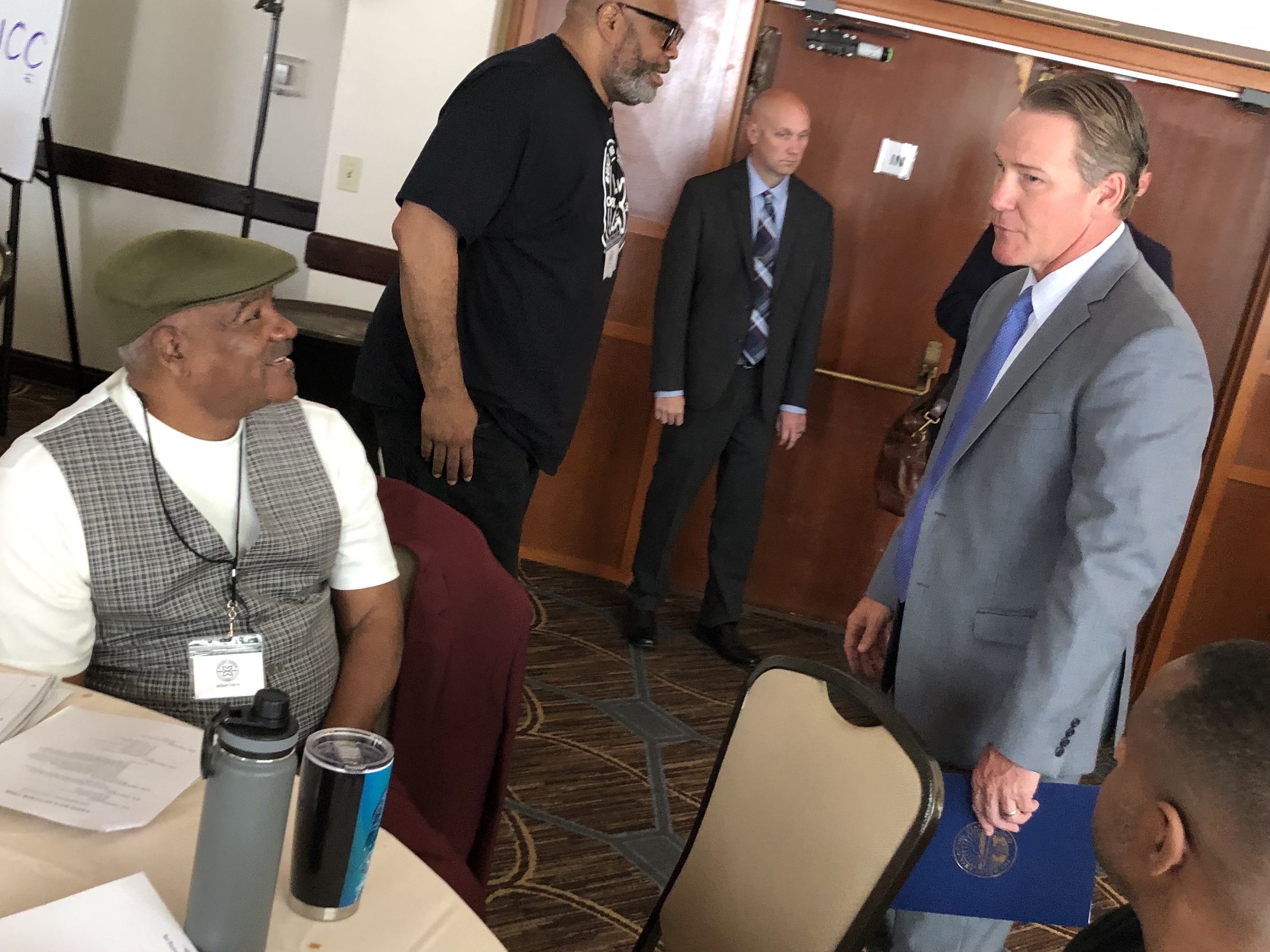 Husted said he has asked two state agencies – the Departments of Rehabilitation and Correction, and Job and Family Services – to connect and discover new ways of helping formerly incarcerated people.

“I really believe that Ohio can be a leader and that this is something that can make everyone proud of what we’re doing, serving a need, serving humanity, serving each other,” said Husted.

Miller said he’s come a long way – from the hopelessness he felt after returning home to advocating in his community.

While calling Building Freedom Ohio '"a home for the discarded", he said, "It gives you energy to keep fighting. I know what this can look like at the end of it. It's unimaginable. It's unimaginable. To know that at some point your life can really be like you envision it being? It’s a beautiful thing.”