The new Center for Performance welcomes guests in a 100,000 sq. ft. tented facility that is suitable for events, tournaments and concerts year round. [Eman Abu-Khaled / Ideastream Public Media] The dome is 100,000 square feet and will be used for sporting events and tournaments. [Eman Abu-Khaled / Ideastream Public Media] The Pro Football Hall of Fame Village in Canton has cut the ribbon on one of its latest additions, a new 100,000 square foot , 87 foot tall dome. 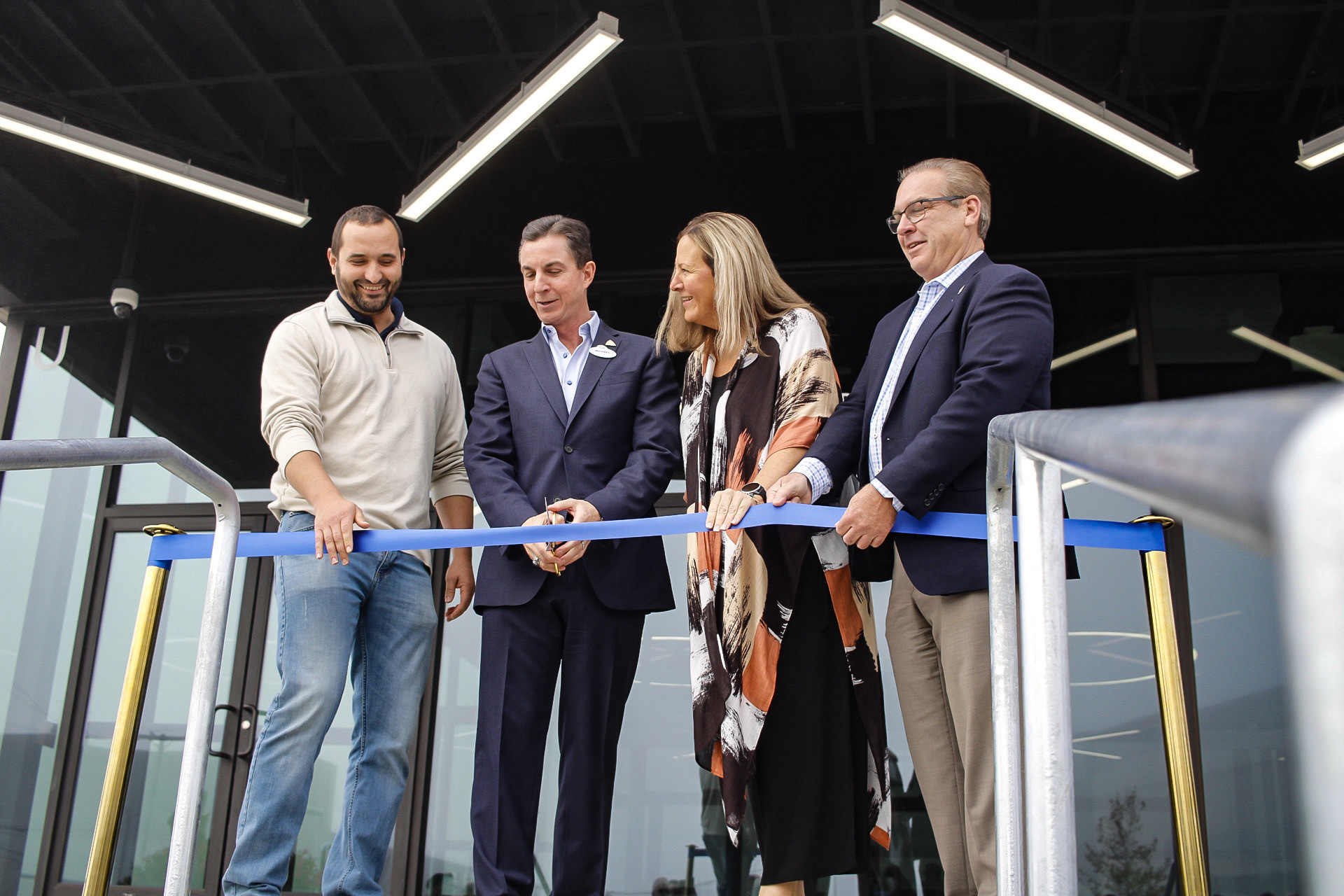 The inflatable dome is called the Center for Performance and one the village says is the largest of its kind in the United States. The idea of the dome as opposed to a brick-and-mortar structure came from an effort to reduce the price tag, said Pro Football Hall of Fame Village President and CEO Michael Crawford.

“The cost was around $17 million instead of $50 million, so now the return is a lot better," Crawford said.

The inflatable dome will allow tournaments and other activities to occur year-round, regardless of the weather, said Crawford.

"In Ohio, much like the Northeast and Midwest, we have weather, and for many, many years, you know, we have a great sports team that run a lot of youth sports, adult sports programs," Crawford said. "But come December, kind of the lovely weather starts to blow in, and we can't run those anymore." 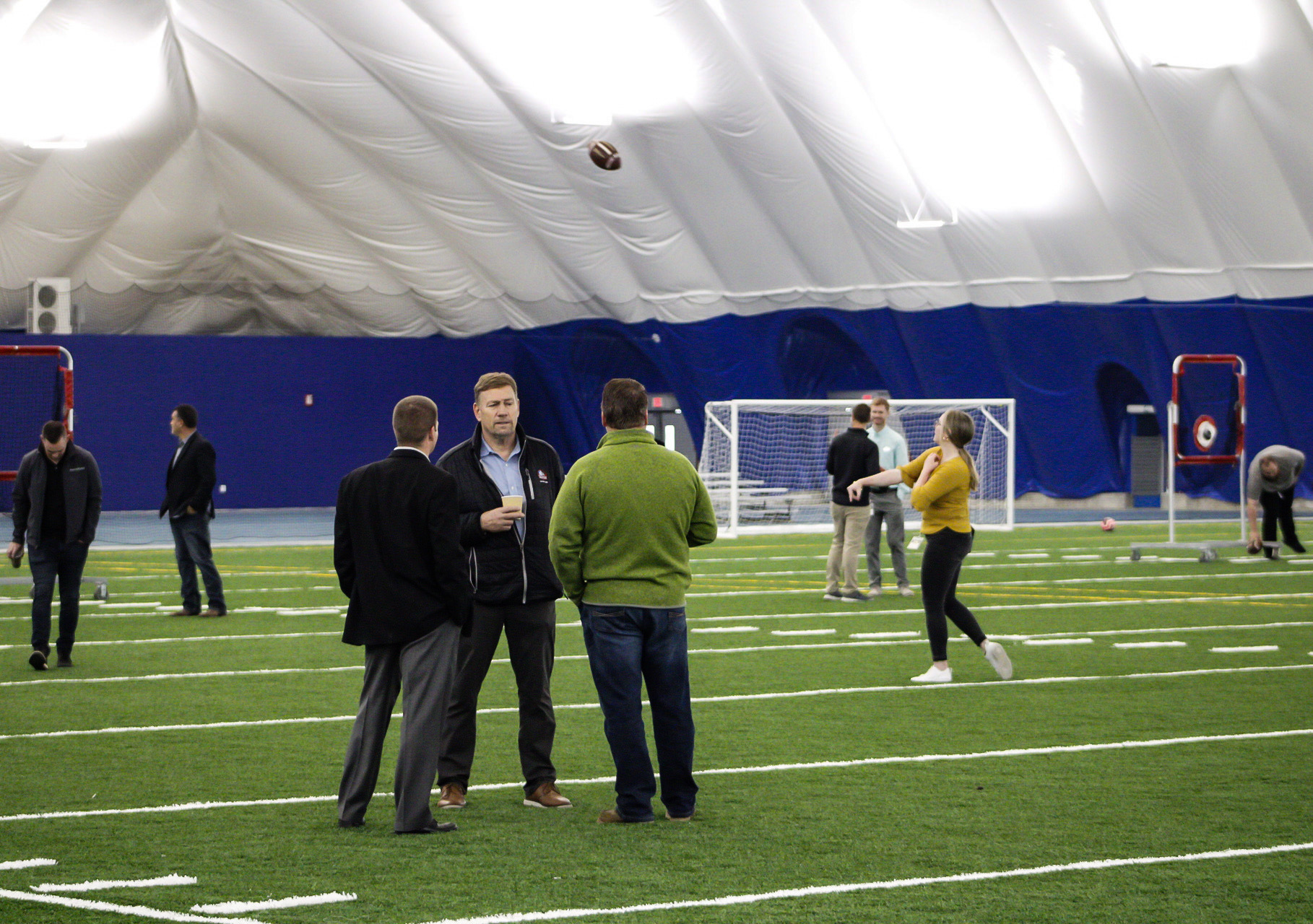 The dome is 100,000 square feet and will be used for sporting events and tournaments.  [Eman Abu-Khaled /  Ideastream Public Media]

The dome will be used for sporting events, tournaments, concerts and conventions.

This venue is another step toward making the village a tourist destination, said Crawford.

Next for the village is a football-themed hotel and waterpark. 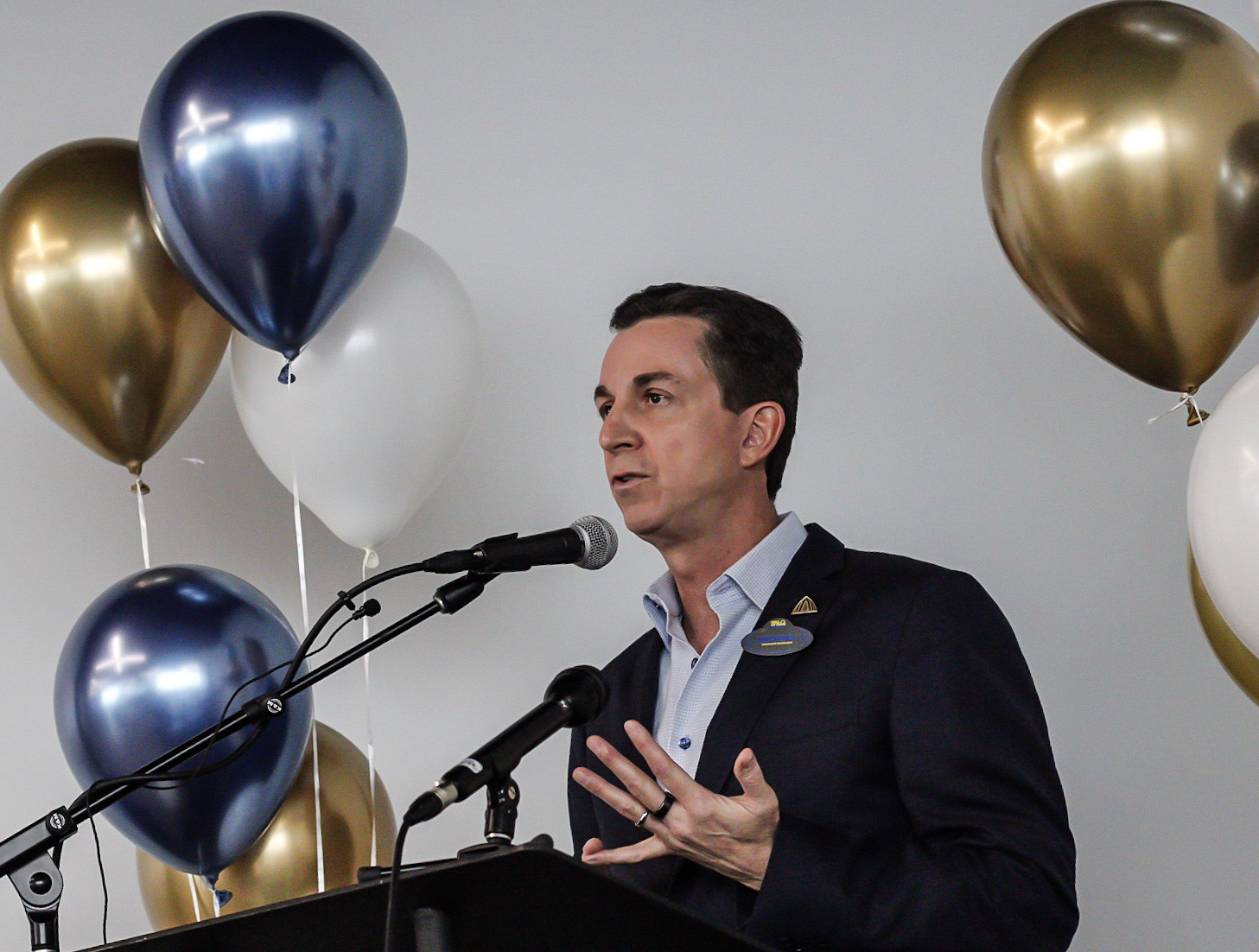 “I’m happy to say, you’re going to see ground break on those in the very near term," Crawford said. "Now, we’re a public company, so I can’t give you an exact date yet. But you’ll see an announcement on that, but when I say the near term, I mean the near term.”

Meanwhile, the Hall of Fame Village has been granted preliminary approval for sports betting. If the company meets the legal requirements, it could have a retail sportsbook and mobile betting on Jan. 1, when sports betting becomes legal in Ohio.