Outgoing Cleveland State University President Harlan Sands is getting a lump sum payment of $928,200 — amounting to two years of his base salary — as part of his separation agreement with the university. 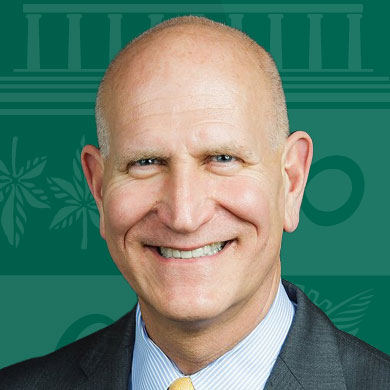 CSU announced Tuesday that Sands would be leaving his leadership position effective immediately, citing differences over the future direction of the university. Laura Bloomberg, who most recently served as the university’s provost and senior vice president for academic affairs, is replacing him.

Under the separation agreement, Sands can choose to stay on as a fully tenured professor in the law school while earning 75% of his salary of $464,100 as president plus faculty benefits. According to CSU, Sands has indicated he plans to teach in the fall.

If he chooses to cut all ties with the school, however, he’ll still get an additional payout to cover two years of medical benefits for him and his family, according to the separation agreement.

One benefit that will not carry forward is use of the house provided by CSU, which Sands will have to vacate by September 5, 2022.

Sands and the board reached a "mutual agreement" earlier this week to part ways, according to CSU. While his last day as president was on Tuesday, he’ll retain the title until June 26.

Sands joined CSU in July 2018 following his role as chief financial officer at the University of Pennsylvania’s Wharton School of Business.

Read the full separation agreement below: