The school leaders say the voucher program is syphoning taxpayer money from their districts in order to pay for students who choose to go to private schools instead.

Nneka Slade Jackson, Richmond Heights Local Schools board member, says her district is considered a "crown jewel" in the community but the voucher program has created budgetary challenges.

"We thought for a long time in Richmond Heights that we were by ourselves because we've been screaming about this issue alone, almost in a vacuum, in isolation," says Jackson.

But Richmond Heights isn't alone. Now they're fighting the same fight as four other districts and a coalition with more than 100 districts as members. 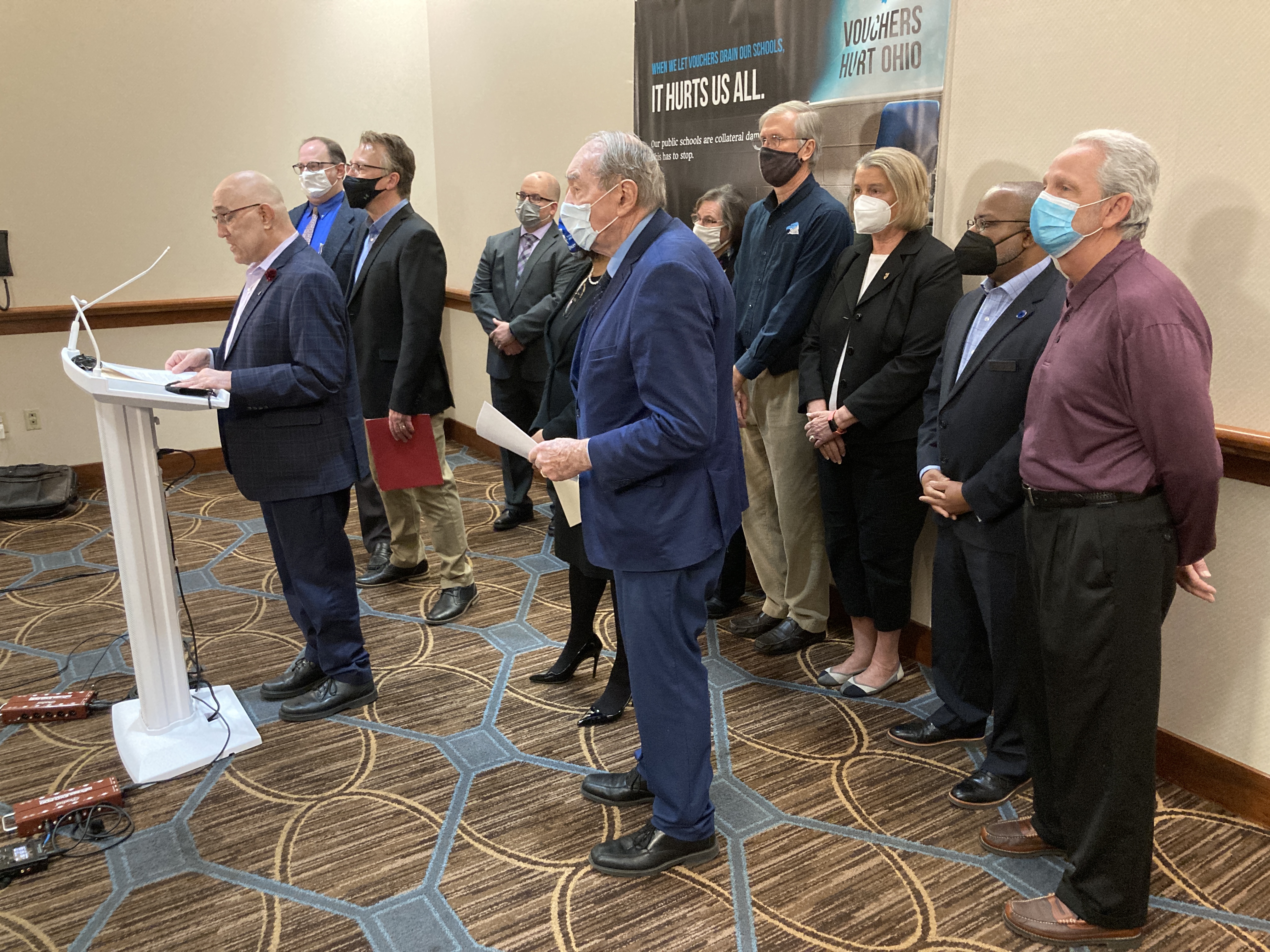 The EdChoice voucher program provides taxpayer-funded vouchers to students who want to go to a private school instead of their community's public school.

But state lawmakers expanded the EdChoice voucher program to increase student eligibility and the dollar amount per voucher which amounts to $5,500 for K-8 students and $7,500 for high schoolers.

Attorney Mark Wallach, who's representing the districts and plaintiffs in court, says the lawsuit argues Ohio's expanded EdChoice voucher program for private schools is unconstitutional because it goes against the section of the state constitution that says Ohio must "secure a thorough and efficient system of common schools throughout the state."

"A system -- not many systems -- but a system of common schools does not give the legislature the authority to set up this kind of a system of alternate schools that only some people can attend," Wallach says.

Greg Lawson with The Buckeye Institute, a conservative think tank, opposes the lawsuit, saying there should be a market available to families when it comes to which school they want to go to.

He notes the U.S. Supreme Court ruled twenty years ago in favor of the voucher program specifically tailored to Cleveland schools.

Lawson makes the argument that several pro-voucher groups also stated after news of the lawsuit started to spread: that the EdChoice program is about school choice and removing barriers to access for families who want their kids to go to private school but can't afford it.

"This is just a morally reprehensible thing, because what they're essentially trying to do is close the door on families and children who have chosen for a variety of reasons to leave a particular district and to avail themselves of this option," says Lawson.

But the public school leaders adamantly dismiss that argument.

Dan Heintz, board member for Cleveland Heights-University Heights City Schools, says 95% of the EdChoice vouchers used in his community are going to students who have never been enrolled in one of his district's schools.

"So contrary to the narrative, these families are not fleeing a failing school. The only thing that they're fleeing is a tuition bill, a private school tuition bill that's now being paid by Ohio's taxpayers," says Heintz.

A state fiscal review of the latest changes to expand the EdChoice program determines that it could cost the state as much as $250 million in additional funds over the next two years.

The lawsuit has been filed in Franklin County Common Pleas Court, but could likely find its way to the Ohio Supreme Court.