You started a company in 2005, but it certainly wasn’t anything like FutureGen Comics. What’s your business background?

Keith: Previously to owning FutureGen, I founded and owned a company called Kero International Inc., an obsolescence management company for nuclear power facilities. It was very engineering-based, very technically-based, and I was blessed to have an opportunity to sell that company. And then I sat around for a little while and got bored, and I think I got on my wife's nerves and she suggested that maybe I should find something to do with my comic books. I have a decent sized collection of comic books. Initially as she said it, I thought, ‘She wants me to sell my comic books. That's not going to happen,’ you know? But the more we spoke about it, the more it occurred to me that there may be an opportunity for me to try and develop my own comic book characters and universe. 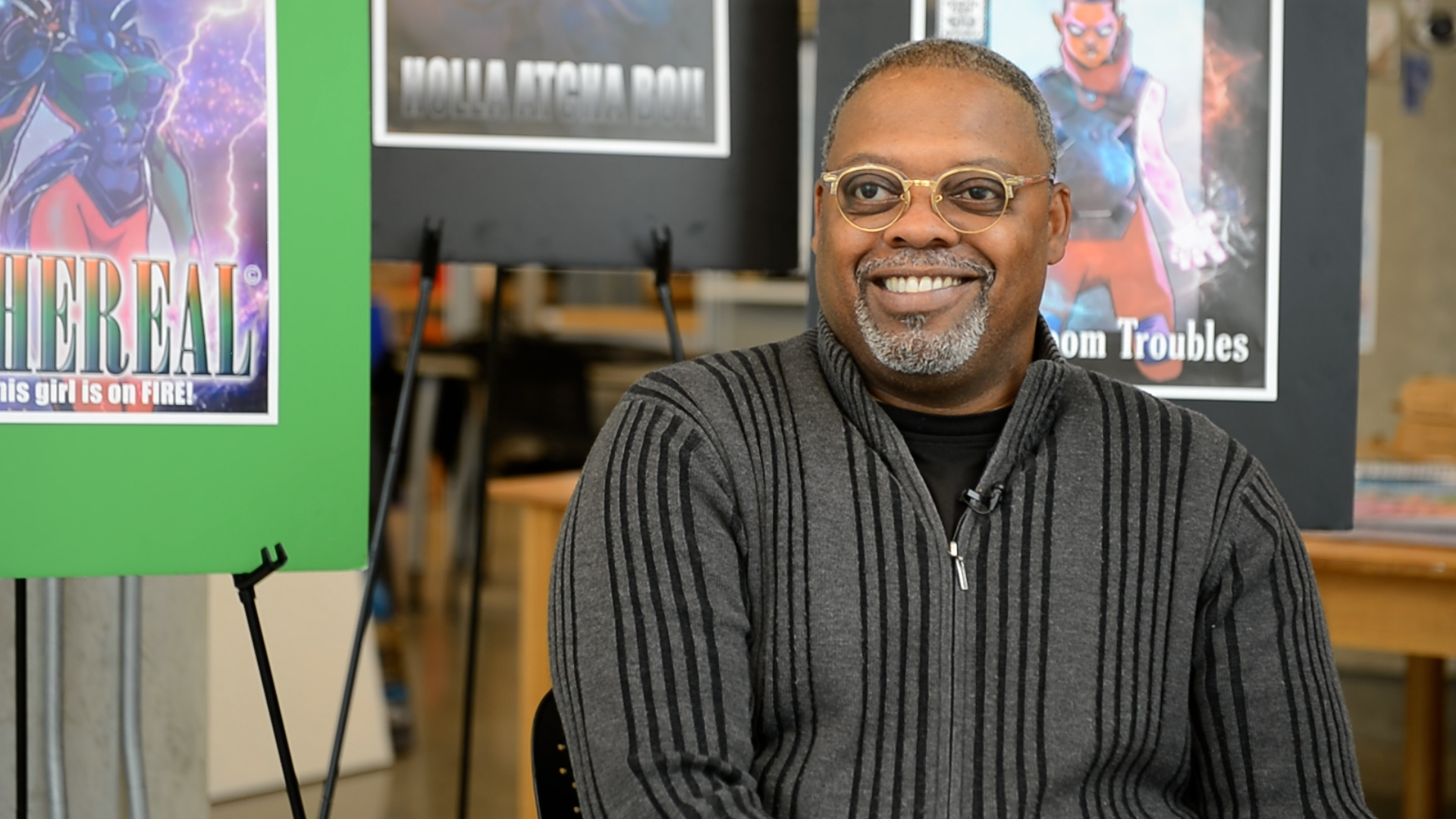 Harris, a long-time collector of comic books, saw a business opportunity in creating characters to fit within his own universe. [Jean-Marie Papoi / Ideastream Public Media ]

There’s more to FutureGen than just creating your own characters and comic universe. What’s the other side of it?

Keith: I spoke with a number of other independent comic book development companies and publishing companies and came across the idea that there may be an opportunity in developing comic books on a commission basis. Maybe you loved comic books as a kid and thought of a character you’d love to see in a comic book. You bring that idea to us and you'll see that character in a comic book. We’ll create the story all with your approval, and we'll create a full-length comic book. So FutureGen is also a character development company that focuses on helping you be the hero you were meant to be. 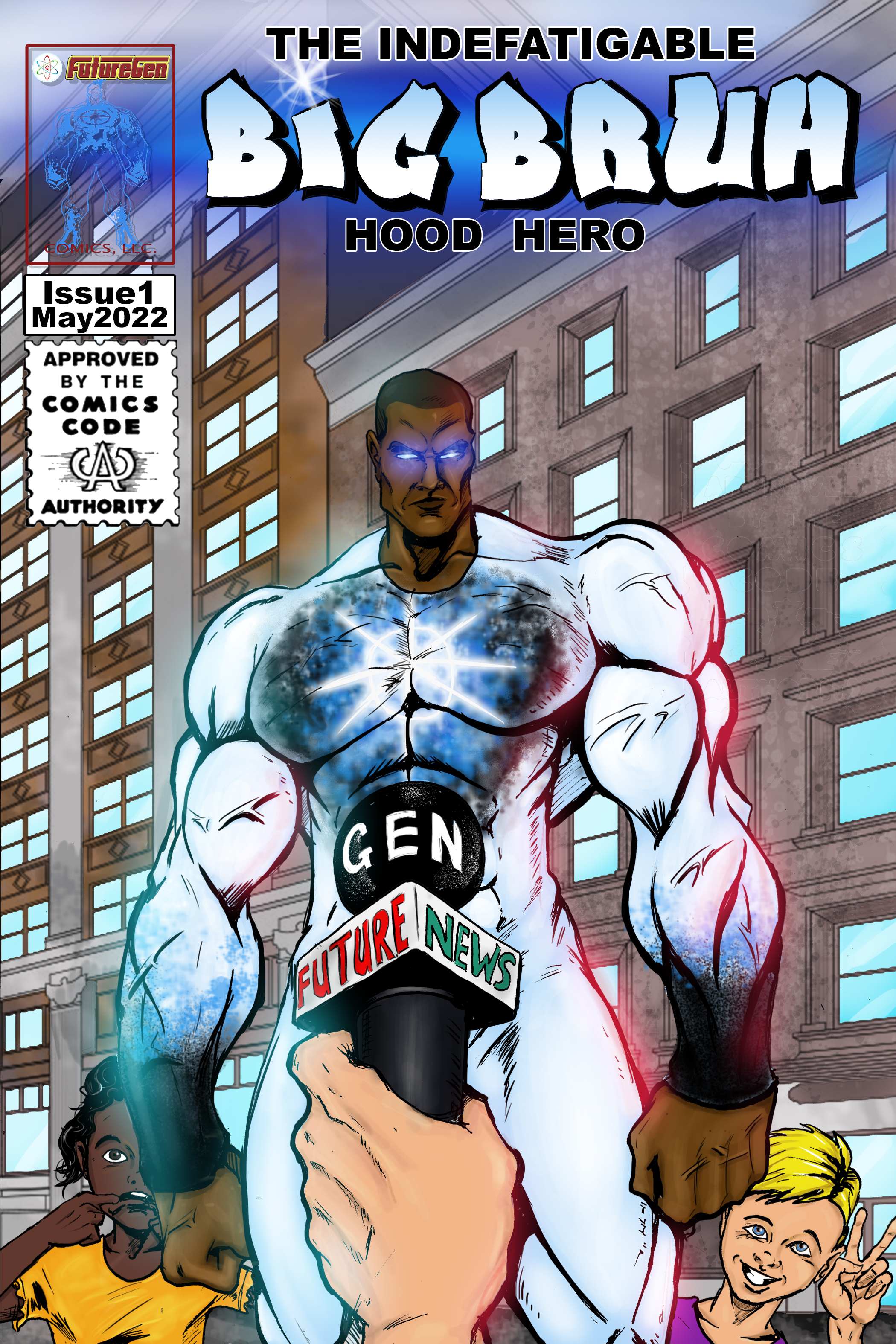 The cover for an upcoming issue featuring "Big Bruh," one of the first characters Harris developed for the FutureGen universe. [FutureGen Comics]

So you started a comic book development company, but as it turns out, you can’t draw. How did you go about finding those who could bring your characters to life?

Keith: Just through word of mouth I connected with a couple of local artists. They were working with me and developing a lot of the characters. I did all the writing, they did the illustration. And then as we figured out more of what we were going to sell, we started to bring in more people, more writers, more illustrators. Each illustrator that we had knew other artists. So it was really word of mouth until we got to where we are today where we've engaged with the Cleveland Institute of Art, which is an absolute blessing. They were able to connect us with some fantastic young artists who’ve been able to push us to the next stage of the business. 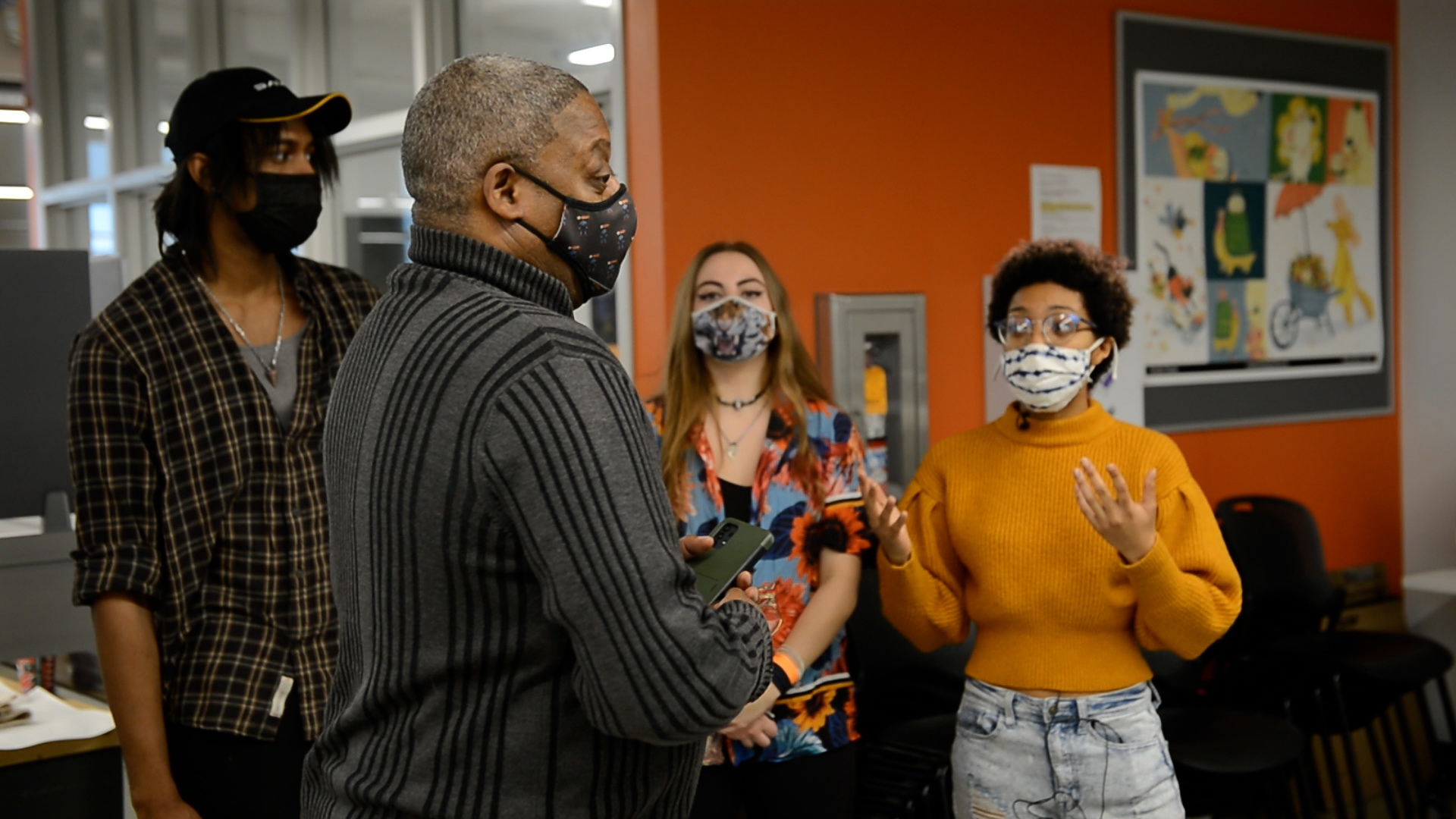 Currently, FutureGen has three students from the Cleveland Institute of Art interning with the company, and is looking to add two more to its team of artists. [Jean-Marie Papoi / Ideastream Public Media]

Maia, as one of FutureGen’s interns and a senior illustration major at Cleveland Institute of Art, how did you end up meeting Keith?

Maia: I met Keith, actually, through the school. There was an internship fair, and I took the opportunity to try to meet as many employers as possible and Keith was one of them. I got to talk to him one-on-one and learn what he’s about, what FutureGen Comics is about. We hit it off from there. I was sending him emails back and forth like, ‘Hey, I'm really set on doing this. I love comics. Any kind of sequential art sounds really cool. And I really want to get experimental with it.’ And he loved that. 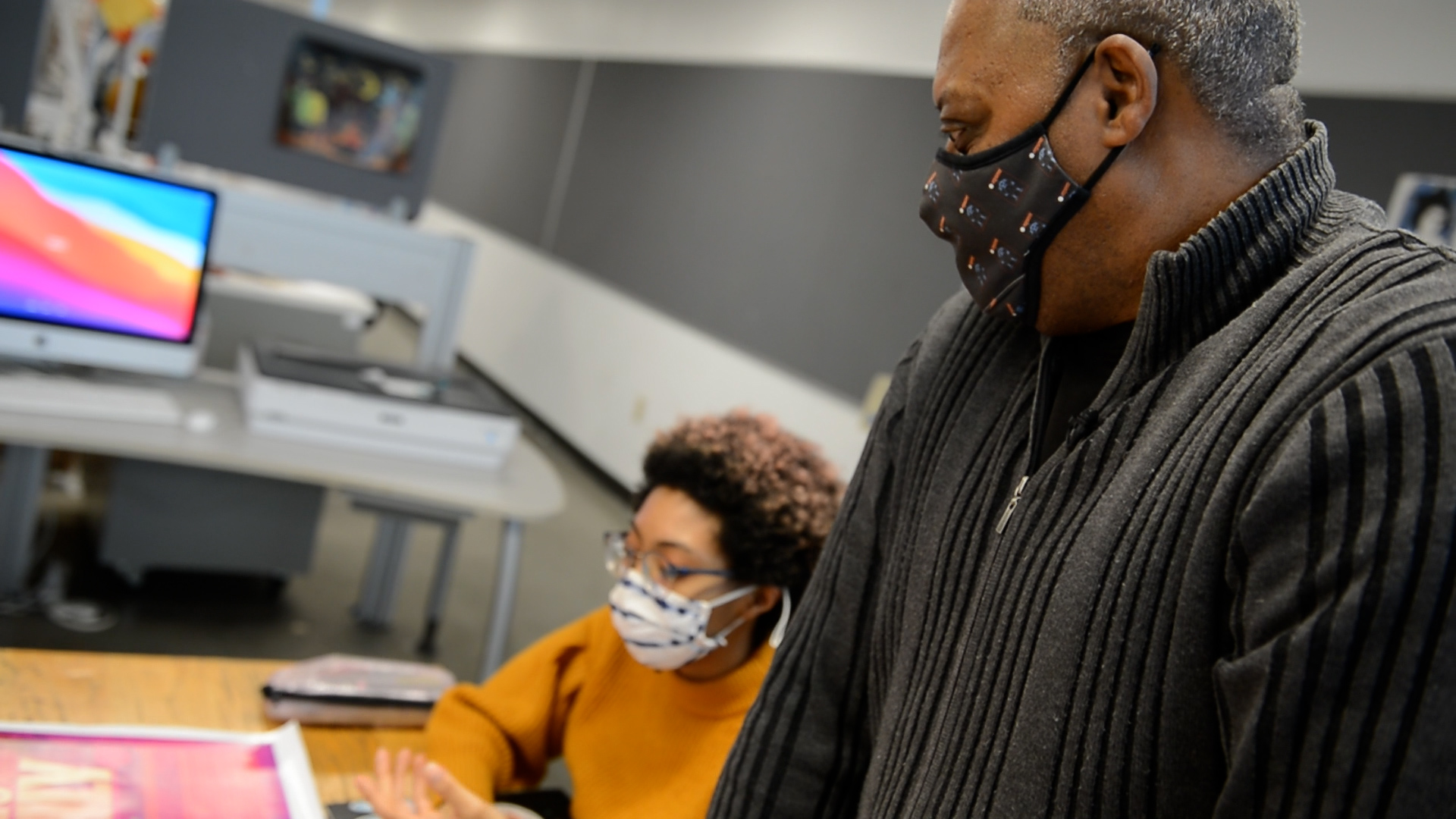 Describe the process for creating pages for one of FutureGen’s comics.

Maia: Keith gets a written script for me that I talk to the writer about. I ask the writer, ‘OK, so this panel here is going to be interpreted this way,’ and I draw quick sketches that get proofed by Keith and the writer. Once those are proofed, I go to phase two, which is inking those sketches. I try to draw over the rough sketches as cleanly as I can so it's readable and make sure the text bubbles are properly placed and the format looks good. This is a finalized ink, as they call it, in comics. After the ink, I start putting color placement down. All of the inks are traditional -- I ink it by hand and sketch it by hand, then scan that with a scanner. Then I go in and put the colors in digitally, then add the shading and the highlights digitally. I send that over to Keith once it's formatted and he prints it out. Then we have a fully-fleshed comic. 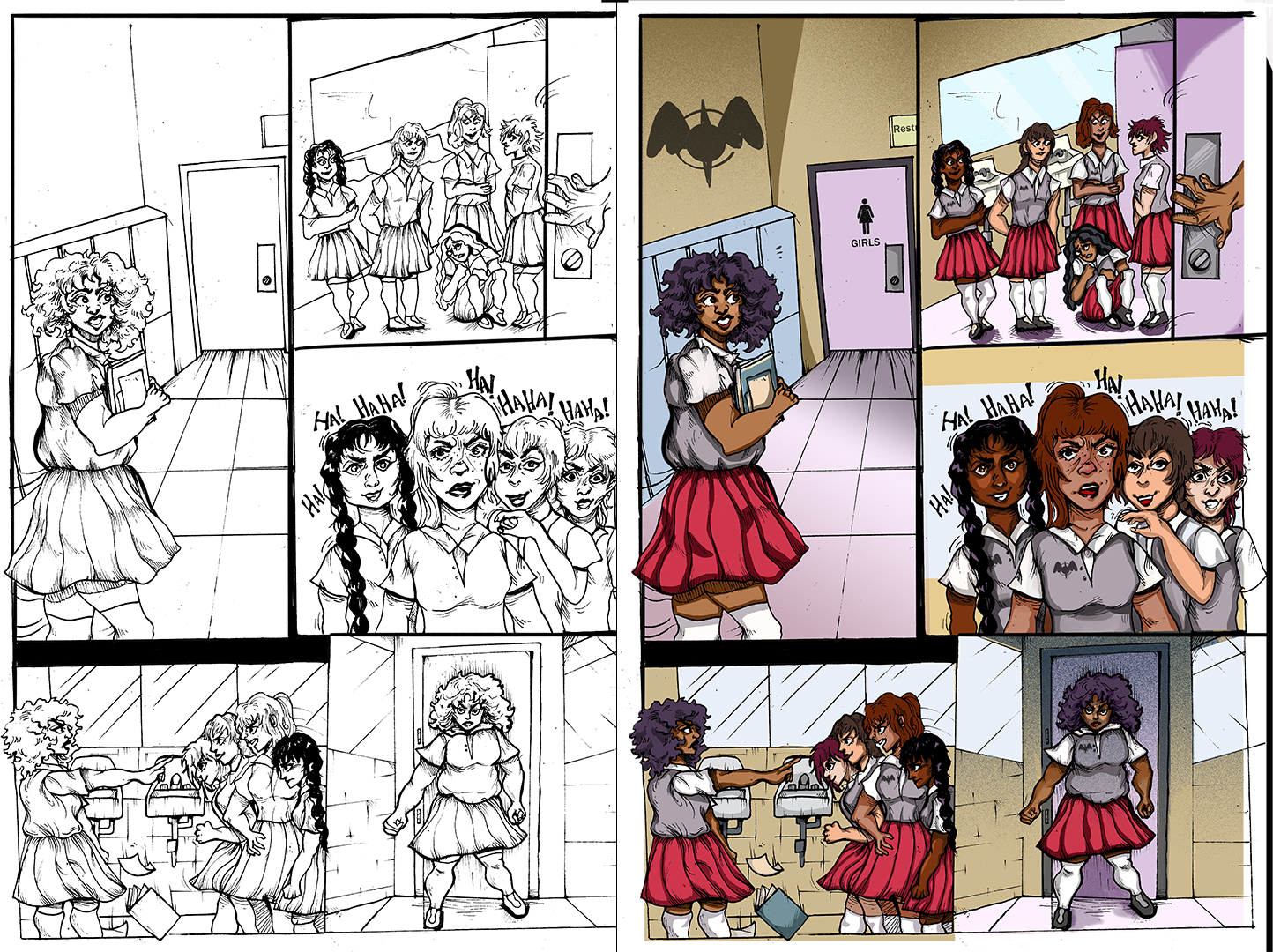 The finalized ink of Langlois's recent FutureGen project on the left, and on the right with color added. [Maia Langlois / FutureGen Comics]

What’s been the most fulfilling part of running FutureGen Comics?

Keith: Honestly, what I've been enjoying most so far is not what I considered when I started this and that's meeting young people. Not only the young talented people here at the Cleveland Institute of Art, but I've spoken at a couple of elementary school and junior high school comic book club events and just realizing how many young people enjoy comics as much as I do has been so cool. They come with ideas and they submit a lot of stuff, and it's so much fun seeing how these kids love being involved with comics. 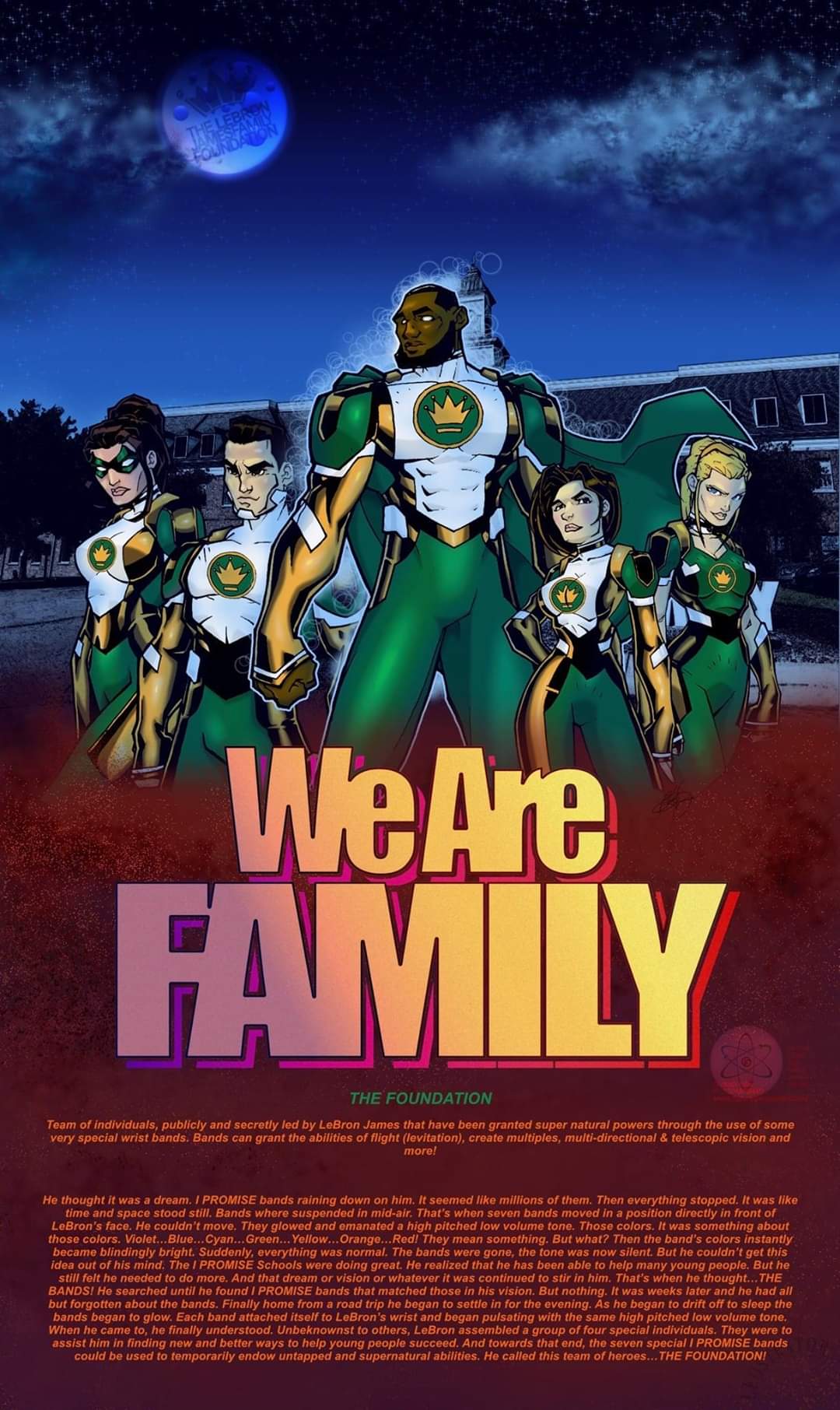