12:23 am - with 99% of votes counted in Ohio, Judge Pat Fischer leads Judge John O'Donnell by more than 24,000 votes in race for Justice of the Ohio Supreme Court.  Cuyahoga County Common Pleas Judge O'Donnell presided over the case known as "137 shots" in which Cleveland police officer Michael Brelo was accused of manslaughter in the deaths of Timothy Russell and Malissa Williams.  O'Donnell found Brelo not guilty.

11:37 pm - CMSD levy renewal likely to pass with 68% for the levy; Cleveland Teachers Union President David Quolke in written statement:  “...in the end, it was the residents of the City of Cleveland who said 'YES' to their schools and to their community once again.”

11:25 pm - Meryl Johnson likely to win District 11 Board of Education seat; she would be the only African-American board member -- "There are no African-Americans elected to the school board and so that means that there are a huge number of families and children whose voices are not being represented. And I witnessed that in attending these state school board meetings.  I just don’t feel that the needs of our lower income children, our minority children are being addressed." -- Johnson to WCPN ideastream

9:54 pm - Both of our Columbus based Statehouse News Bureau reporters say both Democrats and Republicans are feeling nervous about a close presidential race nationally and which way Ohio will go. Current numbers give Trump a lead in Ohio.

9:17 pm - WKSU's Tim Rudell is with the Ilene Shapiro watch party.  He reports many Akron area Democrats are gathered at Barley House across from Canal Park Stadium for a watch party, including former Mayor Don Plusquellic, and current Mayor Dan Horrigan.  About 24% percent of the vote counted in this race so far.

9:05 pm - ideastream's David C. Barnett reflects on covering election day at the polls in Cuyahoga County.  He says generally people were happy and grateful the campaign was ending, but disappointed with the negative tone of the election.  Many voters felt they were voting against someone rather than for a particular candidate.  He says some voters waited to the bitter end to make up their mind about which candidate they would support.  Voters found the mudslinging of the campaign made it tough to tease out the facts, and therefore hard to make an informed decision. 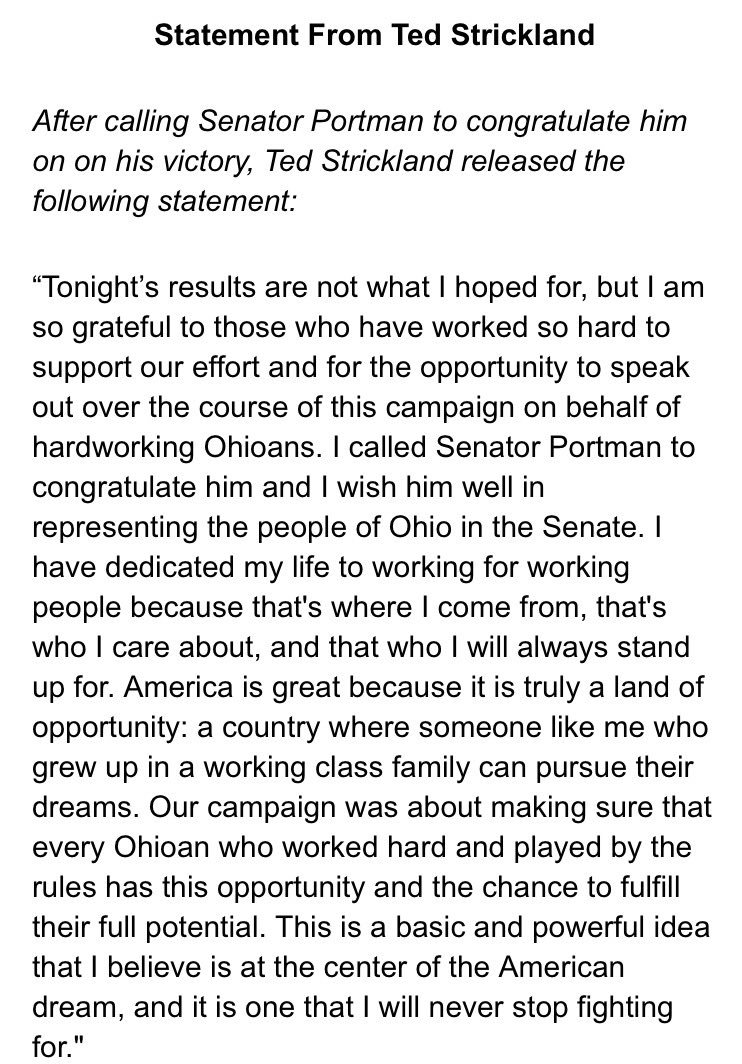