An Akron nursing home, flagged as poorly performing by the federal government, is closing its doors permanently in the fall.

Owners of the Fairlawn Rehab & Nursing Center, at 3558 Ridgewood Rd. in Akron, notified the Ohio Department of Health that the facility is closing on Sept. 10. The state requires a 90-day notice of closure.

In the letter, nursing home administrator Aaron Hetrick stated the 123-bed facility has not accepted any new patients since May 31.

Remaining patients will be transferred to other facilities and Fairlawn will be staffed during business hours for two weeks after the official closure to answer phones and direct visitors to the new locations of former residents.

“The Facility [sic] desires a safe and orderly discharge of residents and will work cooperatively with the residents, families, Ombudsmen's office, ODH and third-party payors such as Medicaid and Medicare managed care representatives,” he wrote.

Fairlawn is one of 400 troubled facilities nationwide identified by the federal Centers for Medicare and Medicaid Services (CMS) as poorly performing. It has been part of Special Focus Facility program, receiving greater federal scrutiny and a yellow warning label next to its name on the CMS Nursing Home Compare website.

Four other Northeast Ohio nursing homes that have also failed inspections on at least three occasions were flagged by CMS, but the names of the facilities had not been released until June 3, when Pennsylvania Sens. Bob Casey (D) and Pat Toomey (R) leaked the list to the media.

When contacted by ideastream, Fairlawn Rehab & Nursing Center did not comment on the closure. 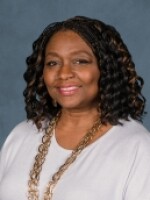 Marlene Harris-Taylor
Marlene is the director of engaged journalism at Ideastream Public Media.
More by this reporter
Related Content