The family of Jayland Walker, the 25-year-old Black man who was shot and killed by Akron Police late last month, and their legal team are criticizing the city’s response to the shooting and subsequent protests.

At a press conference in Akron Monday, attorney Bobby DiCello said the city has focused the blame on Walker.

DiCello pointed to the initial release of the bodycam footage at a press conference on July 3. Prior to playing the footage, city officials, he said, showed a photo of Walker wearing a ski mask.

“That says it all. They’re trying to turn him into someone to be afraid of. They’ve tried to make him the problem from day one,” he said.

In a virtual news briefing held earlier in the day Monday, Akron Mayor Dan Horrigan said that was never the city’s intent.

“I sincerely apologize on behalf of the city if they’re feeling we’re trying to blame them," he said. "That’s not the case at all."

Mylett added on, saying, "There's never been any intention at all to vilify Jayland Walker.”

“We had a duty and responsibility to get information out to the public’s hands on what happened," he said. "We tried to do so respectfully.”

“The community is not the problem. Again, the city is missing the point. The community and its membership are in pain and need to express itself in a nonviolent way, which is what we are supporting today,” DiCello said.

Mylett said most protesters have been peaceful but some police officers have received death threats.

DiCello has also received threats, he said, and asked Mylett and Horrigan to stop calling attention to them.

Mylett and Horrigan reiterated that Akron officials will not be immediately releasing the names of the officers involved in Walker’s shooting death. Misinformation is circulating about who were involved, Mylett added.

The names will be released at the conclusion of the investigation, which is being handled by the Ohio Bureau of Criminal Investigation, and after a grand jury has reviewed the case, Mylett said.

“Until then, out of an abundant caution for the officers’ safety, we’re not going to do that," he said. "We’ve had people threaten officers and identify officers with misinformation who weren’t even there. So you can try to put yourselves in their position, them and their families. I know it’s difficult, that’s a large ask, but we’re not going to release the names.”

The officers remain on paid administrative leave, despite rumors to the contrary, Mylett said.

Neither Walker’s family nor legal team are asking for the names to be released, DiCello said.

Mayor Horrigan added that the threats to officers are not necessarily coming from people who have been peacefully protesting and calling for police reform. Local organizations like Freedom BLOC and Serve the People have submitted a list of demands to the city, which include releasing the names of the officers and firing them. 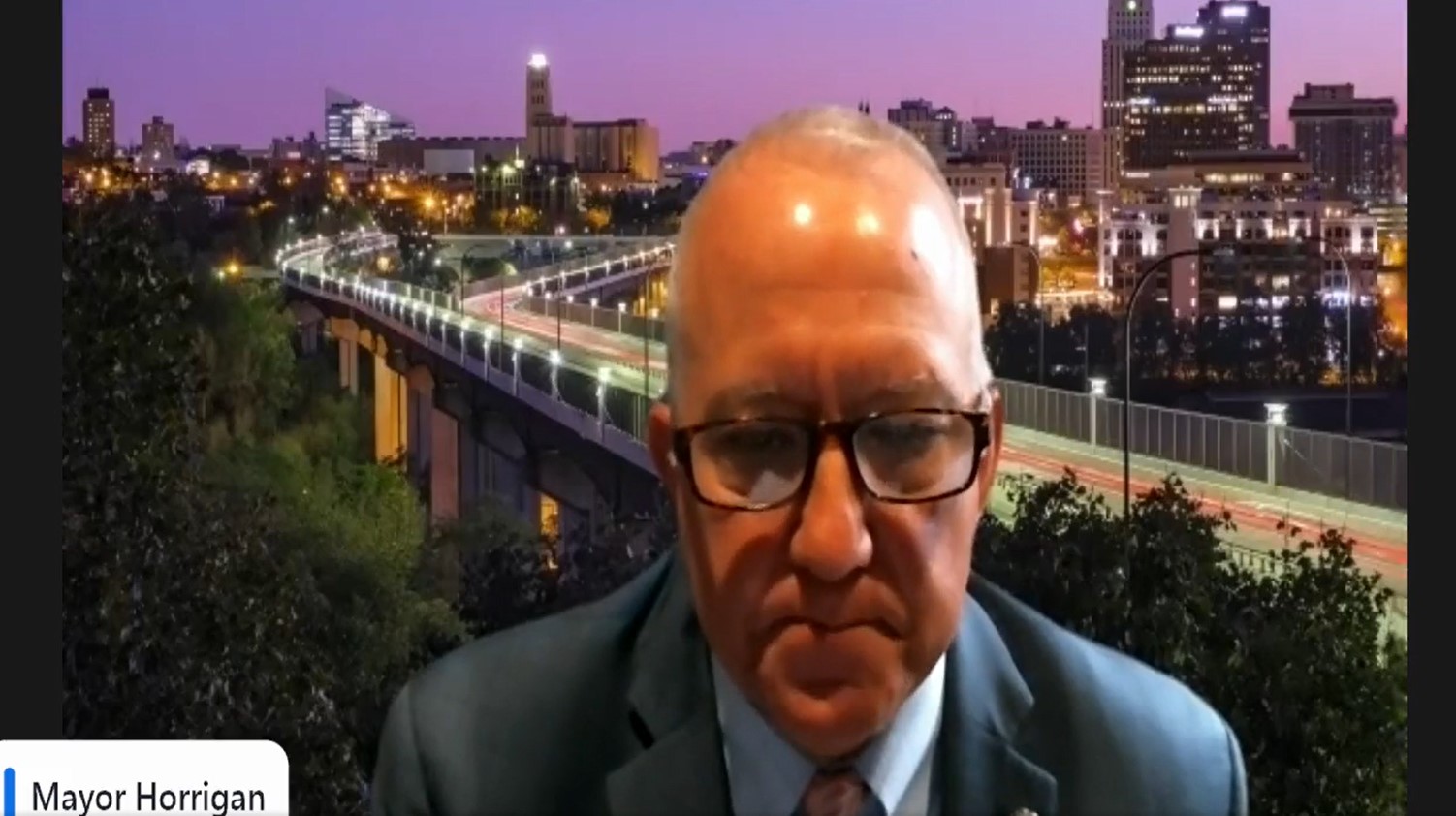 Akron Mayor Dan Horrigan speaks during a press conference on July 11, 2022. The mayor and police chief will provide daily updates on the Jayland Walker situation through at least the end of the month. [City of Akron]

Horrigan has received the demands and plans to respond after meeting with the organizations, he added.

“I am willing to meet with any group to talk about some of their concerns but not going to unilaterally agree to demands before a meeting,” Horrigan said.

Mylett added that the department may examine its policies in the future but the focus right now is on the investigation into the shooting.

DiCello said the department should implement some changes as soon as possible, such as equipping police vehicles with dash cams.

“There is no reason, not any reason, to take a slow approach to changing policies. That can happen this week, today, it could've happened yesterday, they could've gone to the office on Friday,” DiCello said.

A community relations team from the U.S. Department of Justice plans to facilitate the conversations with city officials and community groups, Horrigan added.

The Walker family is also calling for an end to the city’s curfew, which is in effect for the downtown area overnight. Horrigan announced on Monday that the curfew will be shortened to 11 p.m. to 5 a.m.

“We appreciate all those who have been able to peacefully demonstrate and have no serious safety concerns that would justify having an earlier curfew at this time,” Horrigan said. “We’re also helping to help out our downtown businesses … who have struggled closing on the early times.”

Later Monday evening, Akron City Council will vote on a resolution to declare Wednesday a “city-wide day of mourning” in respect of Walker’s funeral happening that day.

Community groups are calling for residents to speak out during the public comment period of Monday’s council meeting, which is being held virtually over Zoom. Freedom BLOC is hosting a town hall conversation outside of city hall ahead of the meeting.