Ahead of that move, a working group of more than 20 organizations has released its own proposals for shaking up the city’s property tax break program. Among those recommendations: capping the city’s tax break for higher-priced single-family homes.

The aim is to spur development outside of the city’s hot real estate markets, according to Tania Menesse, president and CEO of the nonprofit Cleveland Neighborhood Progress, one of the organizations behind the proposal. She said it’s time for a more nuanced approach to replace the city’s “one-size-fits-all” abatement policy.

“The goal of the equitable development working group has been to really try to encourage investment throughout the city, and not to continue the path that we’re on, where we’re really just seeing investment in a handful of neighborhoods,” Menesse said.

A tax abatement cap would apply the city’s tax break to a portion of a home’s value – perhaps the first $300,000 to $350,000, although the working group did not settle on a firm cap amount. Property owners would pay taxes on a single-family home’s value over and above that cap.

Under the working group’s proposal, the city could make exemptions to the cap for affordable housing, home renovations, development around public transit, first time homebuyers and workforce housing.

Another recommendation is to target Cleveland’s tax abatements in neighborhoods seeing less investment. A map accompanying the proposals divides the city into three tiers: market rate, middle market and underinvested. 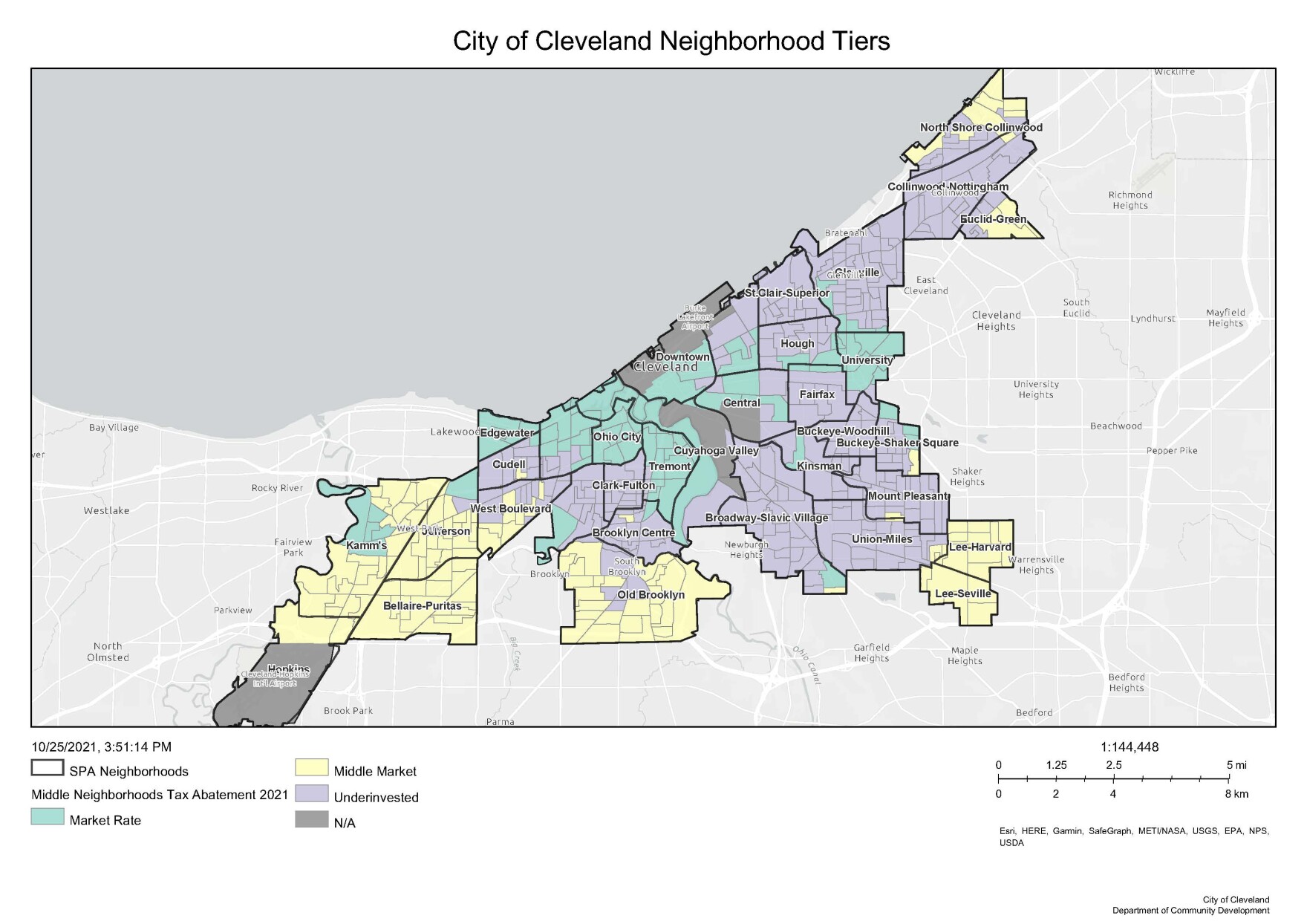 The market rate areas include much of the northern West Side, University Circle and Kamm’s Corners. The middle market areas are West Park, Old Brooklyn and the far northeast and southeast sides. The underinvested parts of Cleveland include much of the East Side and the West Side neighborhoods of Brooklyn Centre, Clark-Fulton, Stockyards and Cudell.

Any changes to the abatement policy should be phased in and monitored by Cleveland’s community development department, the working group recommended.

Advocates behind the recommendations say tax abatements should be just part of a broader city housing strategy. Other issues up for discussion include aid for home repairs and property tax relief for low-income homeowners.

“Tax abatement is not a panacea for all of the equity or affordable housing concerns we see in our community,” said Emily Lundgard, senior program director for Enterprise Community Partners. “We absolutely need to be looking at other places to invest in housing. We need to be finding more tools to build, preserve affordable housing.”