Cleveland Mayor Justin Bibb showed off the West Side Market to fellow mayors and other Ohio political leaders today, praising legislators for investing in the historic facility.

Bibb toured the market with members of the Ohio Mayors Alliance, a bipartisan coalition of mayors of the state's largest cities and suburbs, as well as state legislators. He made remarks outside the market before the tour and after hosting a meeting of the alliance, his first as a member.

Bibb thanked state lawmakers for supporting efforts to improve and preserve the market and said he was happy they visited.

“I’m always pitching the West Side Market to members of the state legislature," he said.

The Bibb administration has announced plans to bring in a nonprofit operator of the market while pursuing short-term improvements, including a yearly 3% cap on vendor rent increases, longer-term rental contracts and alcohol sales.

Bibb praised the state for committing a half million dollars in the capital budget for future market modernization, including improvements to the second floor.

“So having members of the state legislature here today to see this amazing asset will go a long way to keep making the case for why we need more investment from the state right here,” Bibb said.

In addition to the market tour, the group discussed “the unique challenges and opportunities facing Cleveland and other cities across the state,” Bibb said. Topics included the economy, schools, public safety, revitalization of cities and building relationships across the state. 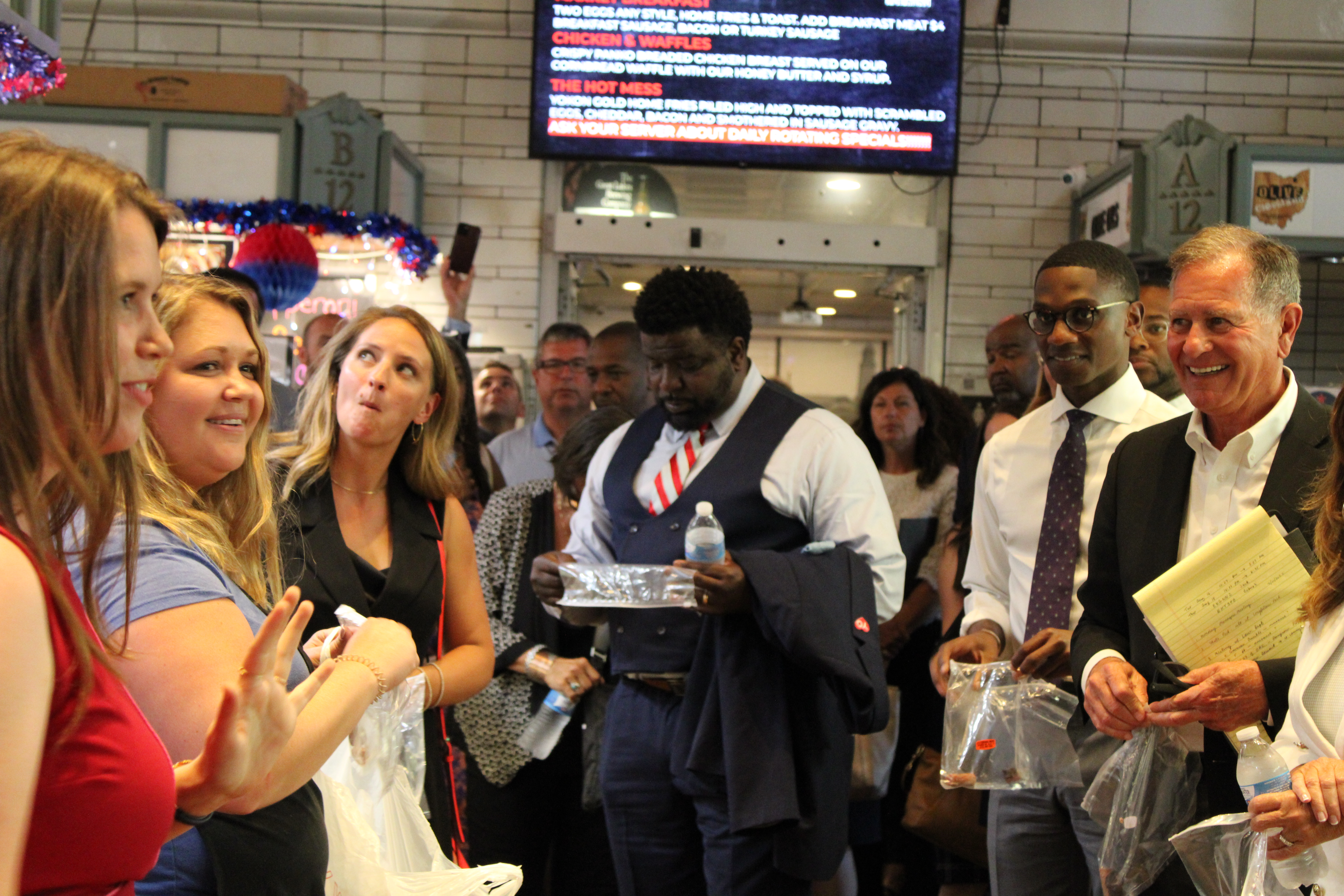 “We know that the future of our state with respect to economic development, job creation, population growth and vitality all runs through Ohio cities,” Ginther said. “If Ohio cities are strong and growing, we know that our state’s economic future is that much brighter.”

“I’m looking forward to developing future relationships with folks in townships, smaller cities, because it takes all of us working together with those mutual concerns that we have to be able to make Ohio the greatest state that we can," said Antonio. "Because when it's all said and done, we're on the same team.”

City Of Cleveland To Hire Consultant For West Side Market