We sometimes hear that it is "a buyer's market" for housing, especially in Northeast Ohio, but what does that mean? And can people actually buy houses? Do they want to? The real estate website Trulia recently compiled a list of the most and least affordable housing markets for middle-income households in the country. Five of the top ten most affordable were in Ohio--Akron, Toledo, and Dayton were the top three. Columbus was ranked six, and Metro Cleveland came in at eight, with 81 percent of homes for sale being ranked affordable.

Robert Simons is a professor of real estate and urban planning at Cleveland State University, and he's not surprised by this data.

SIMONS: “Not at all. Ohio’s had traditionally very stable to low-growth in housing prices, and although the nation was exposed to a real estate bubble that burst, we broke but didn’t break as badly as others.”

GANZER: “When you look at the trend in Cleveland, for example, on this list, it looks like last year 85% of the for-sale homes were affordable by the middle class. That has decreased to 81%. That shows some improvement in the housing market, but slow improvement. Is that what you’re seeing more broadly, too?”

SIMONS: “That’s about right. Slow improvement is good though, we don’t want to have any more bubbles. When it goes down like that, in an area that is 80% affordable, most people are going to be buying above that amount anyway. They’re going to be buying a nicer house in a suburb they really want to live in, not one that’s well below their ability to afford.”

GANZER: “Is there a risk that if so many homes are for sale, and they’re affordable, but people aren’t buying them, that the market can become…I don’t know if stagnant is the word, but do you know what I’m getting at?”

SIMONS: “Well, investors will buy those houses at some point and rent them to people. The rental market’s pretty strong. Downtown vacancies, for example, are under 5%, and all over the country you see a lot of multi-family building going on.”

GANZER: “When you look at the rental prices, but also the amount of student debt people are still paying off, or just general debt, are these things that are maybe holding people back from actually purchasing a home?”

SIMONS: “Definitely, student debt is a major factor. And there’s a lot of it. It’s been growing very quickly as students go into debt for schooling and can’t get jobs very quickly. And that’s preventing some people from getting a house because they can’t afford it. On the other hand, some people don’t want to own, they want the flexibility to be able to move and to chase those jobs, and if you own a house, and it’s an illiquid asset, then you’re impaired from moving around and the mobility penalty for owning can be great.”

GANZER: “I was reading a CNN Money article, and in it the question was posed: Does it matter that housing in America overall looks cheap, if homes in the most economically vibrant locations are not. And that seems to point out that even these Ohio cities, while the economy is coming back slowly, they aren’t comparable to a place like Silicon Valley that the economy is really booming in those spots, and thus the housing is not affordable.”

SIMONS: “That’s right. A lot of those coastal markets have a lot of cycles, upcycles and downcycles. Here in the Midwest our cycles are shallow, and our growth is steady, and you can make a nice living on $85,000 a year with a couple of kids. Try doing that in California, you’ll probably need $250,000. So it’s much more affordable—housing prices are important, but it’s really the affordability of your lifestyle that matters more than what your income is, or what your house price is.”

GANZER: “What do you think the biggest takeaway from data like this about the affordability of housing in Cleveland and other spots in Ohio—what can they tell us?”

SIMONS: “They can tell us that the housing markets are coming back slowly, which is a good thing, and that our housing prices overall are quite inexpensive, which if marketed can be a real asset for people who want to be entrepreneurs coming to Cleveland with a good lifestyle, a lot of amenities, a lot of culture, and a very affordable lifestyle. It’s much lower risk to start a business and grow it here, than it would be elsewhere.” 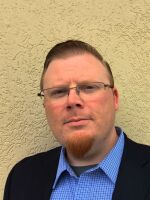